In Which a Colorado Senator Straight-Up Threatens a Reporter 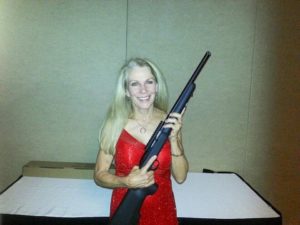 Last night, 9NEWS’ Kyle Clark aired comments by GOP Sen. Vicki Marble of Broomfield–first reported by our friends at the Colorado Times Recorder–calling for some portion of the state to secede and form a new state to uphold conservative principles in the wake of 2018’s sweeping Democratic victory:

“My recourse is SECEDE,” Marble posted. “Boulder and Denver metro are so removed from the working man’s reality.”

Of course, as anyone who has lived in the state for more than a few years knows the secession impulse among Colorado Republicans is a very predictable response anytime they realize that they are not in majority power. A 2013 ballot measure in support of secession appeared on the ballot in 11 mostly rural counties in the northeast part of the state. It failed miserably, and even if it had passed the actual process of carving out a new state, requiring the approval of the existing state legislature and Congress, it was onerous enough to be a complete waste of every rational person’s time.

But if you thought that would stop Vicki Marble, who competes with pistol-packing Rep. Lori Saine each year for the honor of biggest setback to the Colorado Republican brand, you don’t know Vicki Marble!

Unfortunately, however, a little ventilation of steam from the fringe of the Senate Republican minority is not where this story ends. Sometime after 9NEWS’ report on Marble’s comments yesterday, the Senator from Broomfield responded via social media:

Marble then responded to a report on her secession comments on Next with Kyle Clark in a Facebook post Friday night.

We know there’s going to be some argument over how bad this is. What we’ll say is that Sen. Marble makes no attempt to clarify the nature of her threatened “ambush” on 9NEWS’ Kyle Clark, and following that up with “I’m coming after you” is nothing short of chilling. It’s very difficult to not take these comments as unambiguous threats of violence, and we are additionally obliged to point out that Marble is a strident gun-rights activist with an extremely well-armed base of support. And if that wasn’t enough, Colorado lawmakers routinely carry concealed weapons in the Capitol despite the presence of State Patrol security and the fact that all other CCW holders must disarm before entering.

In short, no one should take Sen. Marble’s silly threat of secession seriously. But as shocking as it may be to be having this conversation about a sitting Colorado lawmaker, there are far more plausible–and personal–threats from Sen. Marble to worry about. This incident raises fundamental questions about the kind of people Colorado Republicans are elevating to public office. Marble’s many previous lowlights from ChickenGate to berating a Cub Scout were clues even for the clueless that she has no business serving in the Colorado Senate.

It may be time to escalate this from an idle discussion to a matter of public safety.