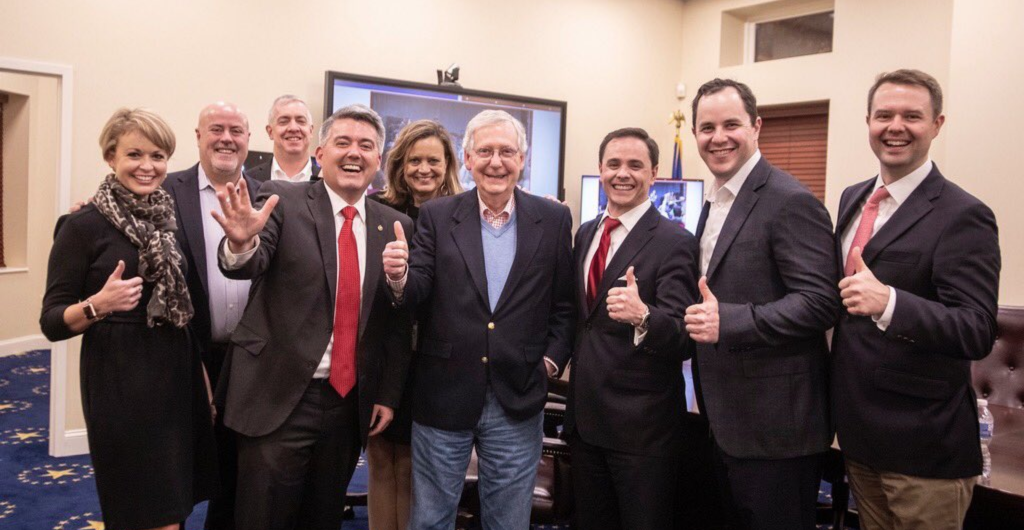 This event invitation appears to put to rest speculation among political pundits that Gardner may have been thinking about stepping down in the face of discouraging poll numbers.

Kyle Clark of 9News, Denver’s NBC affiliate, wondered via Twitter whether Gardner, who is widely considered to be the country’s most vulnerable senator, might step down.

I don’t understand what Gardner gets from an early embrace of President Trump for 2020, unless Gardner’s goal is a high-dollar, possibly high-profile job, outside Congress and not re-election. #copolitics https://t.co/noJtxns3fc

The Colorado Independent’s Mike Littwin also speculated that Gardner might not run in recent column about Gardner’s decision to endorse President Trump.

Talking to the wise heads around the state, I’ve heard a number of possibilities. Maybe Gardner has decided not to run in 2020 and hopes this endorsement will help land him a big-money job outside of government.

In addition to musings that he might step down voluntarily, the first-term senator has drawn fire from his conservative base, including county party officials who have publicly called for a primary challenge to Gardner.

Tickets for the luncheon start at $500, but the suggested contributions amounts for individuals run up to the $5,600 maximum allowed by law. Donors who “max out” are considered to have joined Gardner’s “Executive Board,” while a $2,700 check earns the contributor a “Season Pass.” Gardner’s campaign is offering unspecified “Benefit Packages” with each of those high-dollar donations. The luncheon’s location is undisclosed.

In a survey of 540 Coloradans conducted earlier this month by Change Research, Gardner would lose a hypothetical match-up against a generic Democratic candidate by a 47-41 margin, and his disapproval rating sits at 50 percent. “Poll: Cory Gardner in Trouble Heading Into 2020,” Chris Bianchi, Westword, 12/13/18

A request for comment made to Gardner’s Washington office was not immediately returned.