So Much For #RadiCalifornia: Electric Cars Go Bipartisan

The Greeley Tribune’s Trevor Reid reports on executive orders signed today by Gov. Jared Polis to encourage the adoption of electric vehicles in Colorado, including shifting funds from the emissions fraud settlement with Volkswagen to building out electric charging infrastructure:

The executive order establishes a work group of 17 members from 13 state departments to develop policies and programs supporting the transition to electric vehicles, as well as a revision to the state’s allocation of the remains of $68.7 million it received from the Volkswagen emissions settlement to support electrifying transportation including transit buses, school buses and trucks. The work group will report to the governor beginning July 1 on its progress.

Polis pointed to transportation as a key contributor to local air pollution, causing health complications for children and adults with asthma and other chronic conditions.

“Nationwide and in Colorado, transportation is the largest source of greenhouse gas emissions,” Polis said.

Among the attendees at the press conference today was Republican Sen. Kevin Priola, who spoke immediately after Gov. Polis: 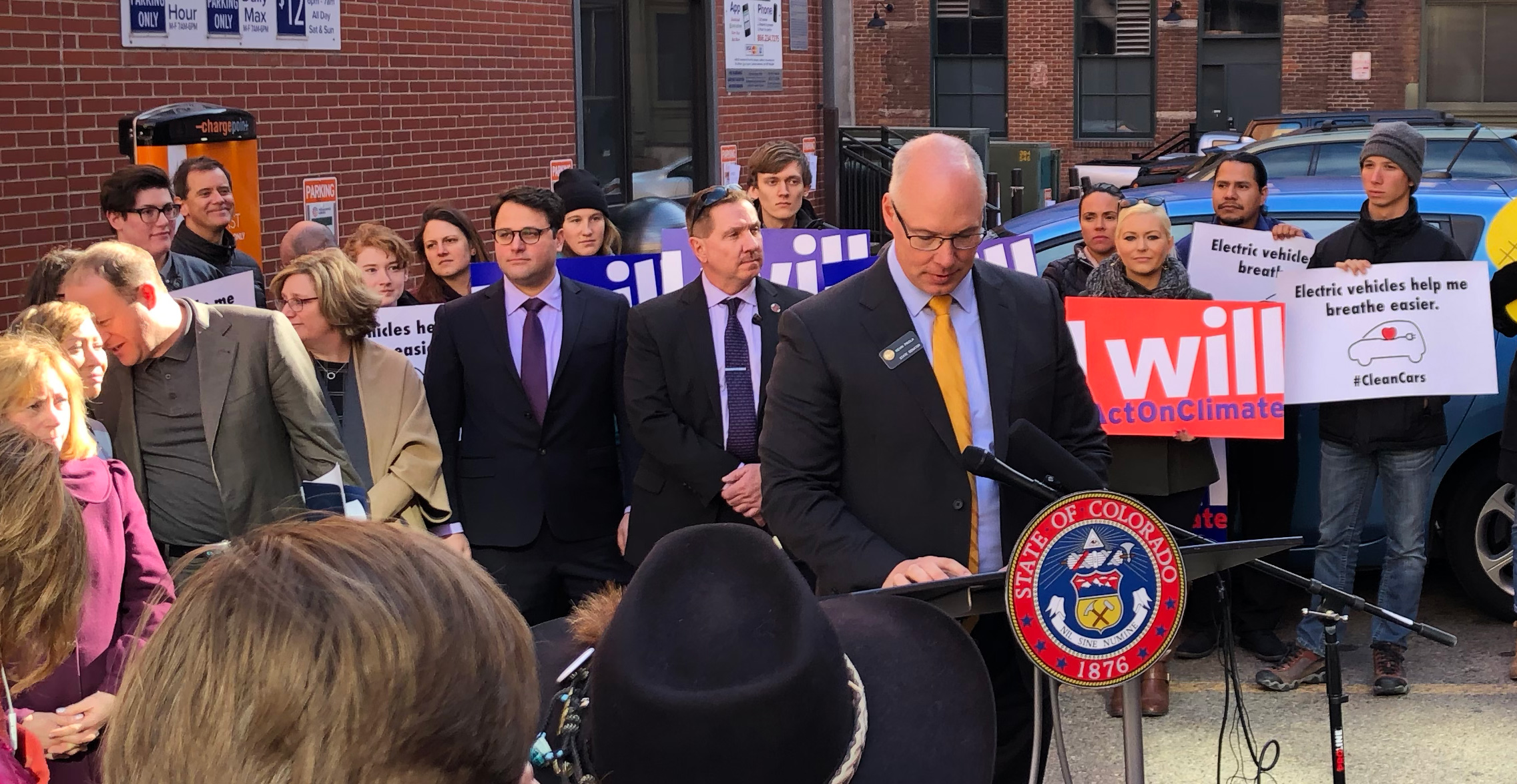 Sen. Priola’s high-profile appearance at today’s press conference in support of Polis’ executive orders to encourage the switch to electric vehicles, part of the new governor’s plan to move the state to 100% renewable energy sources, scrambles the politics for Republicans looking to take their inevitable potshots on behalf of the fossil fuel industry. During the 2018 gubernatorial campaign, Republicans lambasted Polis for his “radical” campaign pledge of a transition to 100% renewable energy.

After Polis trounced his Republican opponent and Democrats triumphed in the legislature last November, here’s a swing-district Republican up in 2020 turning over a new (Nissan) Leaf.

As they say, elections matter.