Legislation filed for debate in the 2019 session of the Colorado General Assembly is starting to appear on the legislature’s website, and here’s one every Colorado voter should be aware of, regardless of how you feel about the hot-button underlying issue: 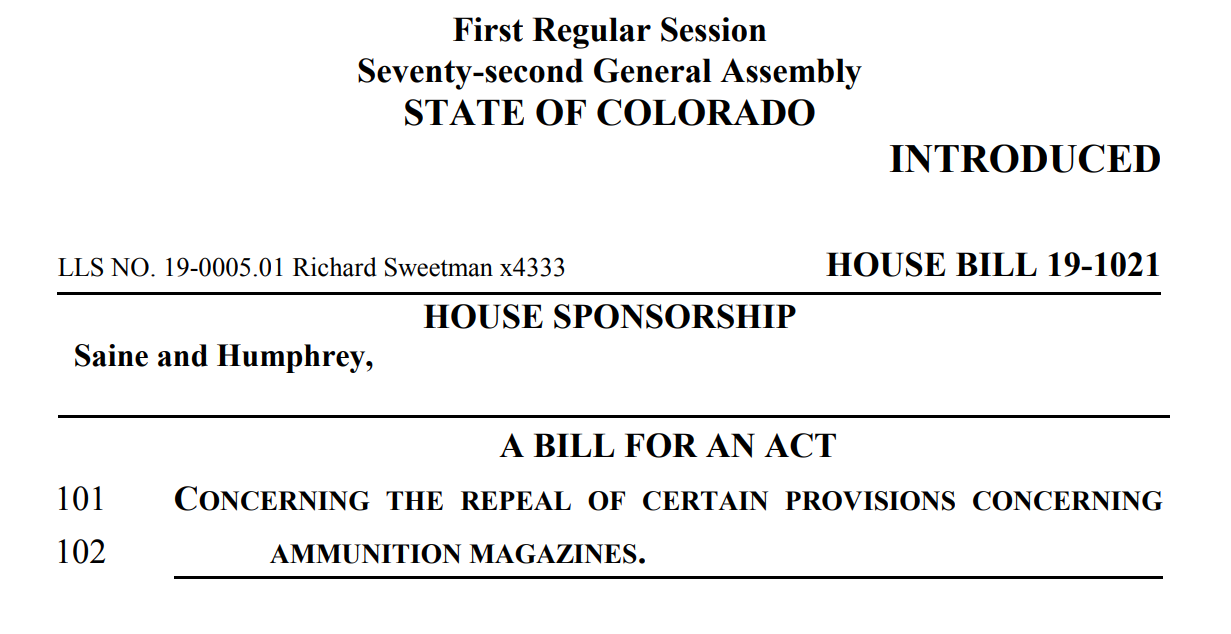 Rep. Lori Saine (R), in custody after being caught with a loaded gun at DIA.

House Bill 19-1021 is a bill to repeal Colorado’s 15-round limit on gun magazine capacity. This bill is scheduled for certain death in the House State, Veterans, and Military Affairs Committee at an unspecified time in the next few weeks.

But the point is not really the bill, which Republicans in the Colorado legislature have introduced every year since the magazine limit became law. It is worth noting that the 15-round mag limit in particular outraged the gun lobby nationwide and helped drive the 2013 recall elections which ousted two Democratic Senators and promoted the resignation of a third. In 2014, gun-rights groups managed a reasonable crowd to testify in hearings on repeal bills, but since then turnout has steadily dwindled.

The real problem here is the bill’s sponsor, Rep. Lori Saine. In December of 2017, Rep. Saine was boarding a flight at Denver International Airport to receive an award from the American Legislative Exchange Council (ALEC) at that organization’s annual conference. A search of her purse at the airport revealed a loaded 9mm semiautomatic handgun that Saine had “forgotten” and brought with her. Saine was arrested when she stopped cooperating with security officers, but avoided charges by profusely claiming ignorance of the loaded gun in her purse.

Because this incident did not result in a criminal conviction, Rep. Saine’s right to possess guns–and presumably the concealed carry permit that allowed her to carry one in her purse–was not affected. But in every political sense, the event renders Saine the worst possible legislator of any serving in the Colorado General Assembly to carry a bill to weaken Colorado’s gun laws. We legitimately do not understand why Republicans would allow Saine to so perfectly undermine legislation we assume they would actually like to pass.

If anyone has an explanation that doesn’t boil down to some kind of bad joke, we’d like to hear it.