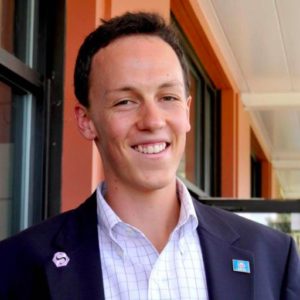 The Denver Post reports on an ambitious agenda item proposed by Democrats representing mountain communities beset with some of the highest health coverage costs in the state, bringing long-sought and potentially speedy relief to consumers paying insurance premiums that can rival and even exceed mortgage payments:

State Rep. Dylan Roberts and Sen. Kerry Donovan, who represent mountain communities along Interstate 70, plan to introduce a pair of bills on the first day of the 2019 legislative session that would direct the state to create a public health insurance option.

Roberts’ bill would instruct state agencies to create the infrastructure needed to establish a state insurance program and request federal approval. His goal is to provide the new option by 2020.

Donovan’s companion bill would instruct the state to immediately create a pilot program to offer a public option to counties that have limited insurance choices and face extraordinarily high premiums. If the bill wins approval, the smaller program would begin in 2019.

Although the generous subsidies in the Affordable Care Act have offset some of the expense for health coverage on the individual market on the Western Slope and other rural areas of the state, for those with too much income to qualify for those subsidies–not to mention folks caught between enrollment periods or facing other inevitable circumstances–health coverage has become an unworkable burden. These were trends in motion long before the passage of the Affordable Care Act, but partisan gridlock has made any remediation of the problem since then impossible–at the federal level since the 2010 elections, and in Colorado since the Colorado Senate was taken by Republicans in 2014.

If Colorado Democrats succeed in tangibly reducing the burden of exorbitant health coverage costs in Colorado’s resort towns and elsewhere outside the Front Range next year, they’ll be rewarded in some of the last places in the state they don’t already own politically. From there, the long-term vision is very exciting–but we wanted to focus on this immediate move to bring relief to people who need it, well, immediately. This has been a vexing problem for years, and while solutions were not unimaginable they were not politically viable.

At the state level anyway, the blockage has been removed.