2018 – The Year Climate Change Would Not Be Ignored

2018 was a notable year in regards to climate change. For one, a reporter at Colorado’s new news venture The Sun (also 2018) got our junior senator to comment on the record. Coming across a bit annoyed–perhaps–by the fact that no one seems to remember he already commented on climate change, as recently as 2014.

“I’ve said it before — I said it in 2014 — there’s no doubt pollution contributes to climate change,” the Colorado Republican told The Colorado Sun last week. “Climate change is real. I’ve been on the record saying that.”

That was in response to a question about Sen. Gardner receiving an award from the American Geophysical Union and blow-back he was getting for his votes on several environmental and climate-related matters, in regard to it.

It’s still a relevant question for 2018, of course, because it is still an issue, and notable now due in part to several high-profile reports in the news and released this year. These include an international report, and one issued through thirteen federal agencies–over which Sen. Gardner has oversight. At least on paper (to whit: the U.S. Constitution, Article I).

The annual United Nations (UN) Climate Change Conference COP 24 wrapped up earlier this month with the United States once again isolated among a small handful of rogue nations, including Saudi Arabia and Russia, resisting climate action.

That body, through the Intergovernmental Panel on Climate Change (IPCC), released its Special Report on climate change in October 2018. This report was notable for the urgency it communicated. The short of it was that the world’s preeminent climate scientists give us just over a decade to transform our energy and power systems, and to take all other possible action to limit and reduce carbon pollution.

And worse than inaction, is undoing the small steps that have been taken. In 2017 Sen. Gardner voted against both his constituents and a majority of the U.S. Senate to support polluters on public lands – when Congress tried (and failed) to gut methane waste rules for oil and gas development on public lands. Then Sen. Gardner remained silent this year, when Trump’s Interior Secretary Ryan Zinke moved himself to roll back the pollution rules that Sen. Gardner and Congress were unable to undo.

That may not be a surprise as Sen. Gardner not only voted against the waste prevention rule but to confirm Sec. Zinke, along with a skulk of foxes to guard the public’s chickens, from Zinke and David Bernhardt at Interior to Scott Pruitt and Andrew Wheeler at EPA.

Things will be warming up in the House too, as new leadership takes its oversight role seriously, and makes the administration answer for its climate policies.

The swampland of polluters, and conflicted interests, put in charge of our public lands and environment is notable itself, with the perfidy so blatant and on display.

But also notable is the turnover of the agency heads at EPA and Interior, both resigning in 2018 skunked by a prevalent stink of scandal and corruption, and amid myriad investigations.

And although we have been waiting for four years now for Sen. Gardner to finally speak up on climate change, and he finally has–to remind us he already said that he believes in climate change, we do expect more. Still, Coloradans are not waiting for our junior senator to take action–as much as we would appreciate his leadership.

In 2018, Colorado’s largest power supplier, Xcel Energy, has announced an ambitious plan to go “carbon free” by 2050. Rural cooperatives, even in the heart of coal country, were also leading the way in 2018 – pledging to produce more local power from renewable sources, and ditching dirty, expensive coal.

Our current governor, John Hickenlooper, has pledged to join with 12 other states to implement stronger clean car standards after the Trump administration moved to reverse EPA standards at the federal level. And the incoming governor, Jared Polis, made a pledge to move all of Colorado to 100% renewable power by 2040 a centerpiece of his campaign race, which he won by over ten points.

These steps are being taken at the local level because it’s clear that we need climate action now and we can’t wait for years while D.C. politicians like Cory Gardner think about maybe doing something. 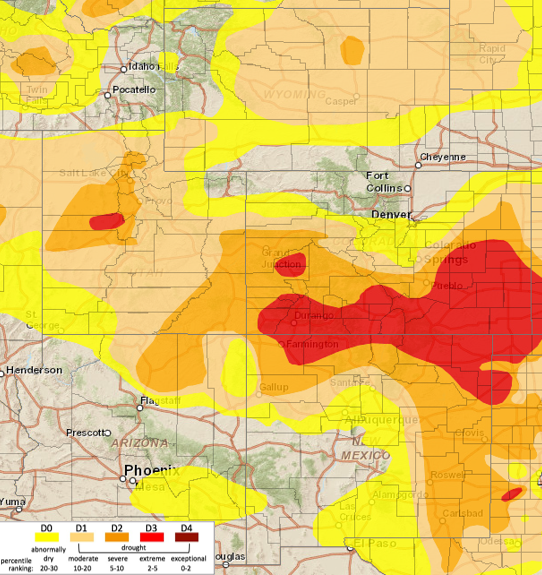 The U.S Southwest remains gripped by drought as climate models project worse to come unless we act boldly and immediately to address climate change.

In addition to the urgent pleas from climate scientists and the dire warnings in reports, we know from our own experiences; from the drought still gripping western Colorado and wildfires raging through the American West; and from the devastating hurricanes like Michael and Florence. We need forward-looking policies that take steps to reduce the most catastrophic impacts of climate change.

We can no longer accept the backwards approach to public health and environmental protection of this administration and its enablers. Under new leadership, the U.S. House of Representatives will be looking more closely at what the Trump administration agencies are doing to address climate change — or at their failure to do so, and at its inimical stance toward science and the public good.

2018 will also be remembered as the year kids talked some sense to adults – in courts, bringing lawsuits around a lack of climate action, and at the COP24 UN climate confab in Poland, where 15-year-old Greta Thunberg from Sweden stuck truth in the face of power, with a courage and fierceness that stunned, and thrilled, many.

You only talk about moving forward with the same bad ideas that got us into this mess, even when the only sensible thing to do is pull the emergency brake. You are not mature enough to tell it like is. Even that burden you leave to us children.

…Our civilization is being sacrificed for the opportunity of a very small number of people to continue making enormous amounts of money. Our biosphere is being sacrificed so that rich people in countries like mine can live in luxury. It is the sufferings of the many which pay for the luxuries of the few.

…You say you love your children above all else, and yet you are stealing their future in front of their very eyes.

Until you start focusing on what needs to be done rather than what is politically possible, there is no hope. We can’t solve a crisis without treating it as a crisis. We need to keep the fossil fuels in the ground, and we need to focus on equity.

…We have not come here to beg world leaders to care. You have ignored us in the past and you will ignore us again. We have run out of excuses and we are running out of time. We have come here to let you know that change is coming, whether you like it or not. The real power belongs to the people. 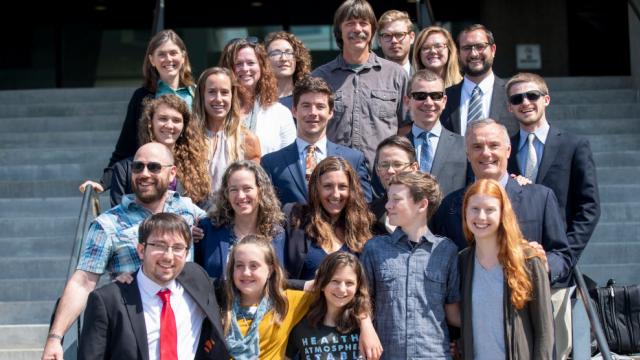 Plaintiffs in Our Children’s’ Trust climate lawsuit that is moving through federal court, despite attempts by the Trump administration to stop it. Kids are among some of our most bold and courageous climate leaders. Adults might use the New Year to reflect on why we force them into this role.

The people of Colorado cannot wait for Congress nor expect the Trump administration to accept science or to act in the public interest. So we should seize any opportunity we have, step up to protect our health, and economy, and to secure Colorado’s position as a clean energy, climate, and environmental leader.

But we must also demand that our elected leaders act as well. Despite a recalcitrant, unstable president with a corrupt cabinet, Sen. Gardner cannot dodge the details indefinitely or ignore the pleadings of the future. In the 2018 Sun article in which Sen. Gardner notes that he did comment on climate change already, in 2014, he also leaves readers with this substance-less statement:

“I think we can have a brighter, cleaner future without hurting the people who live next to us.”

Whatever that might mean, four years is already a long time to wait for the specifics, or to see some tangible action. Its past time for our junior senator to tell Colorado what he plans to do to address climate change. Meanwhile we’ll be working on it without him.