Signs of the Times at Denver’s #ProtectMueller Rally: “Gardner Grow A Spine” 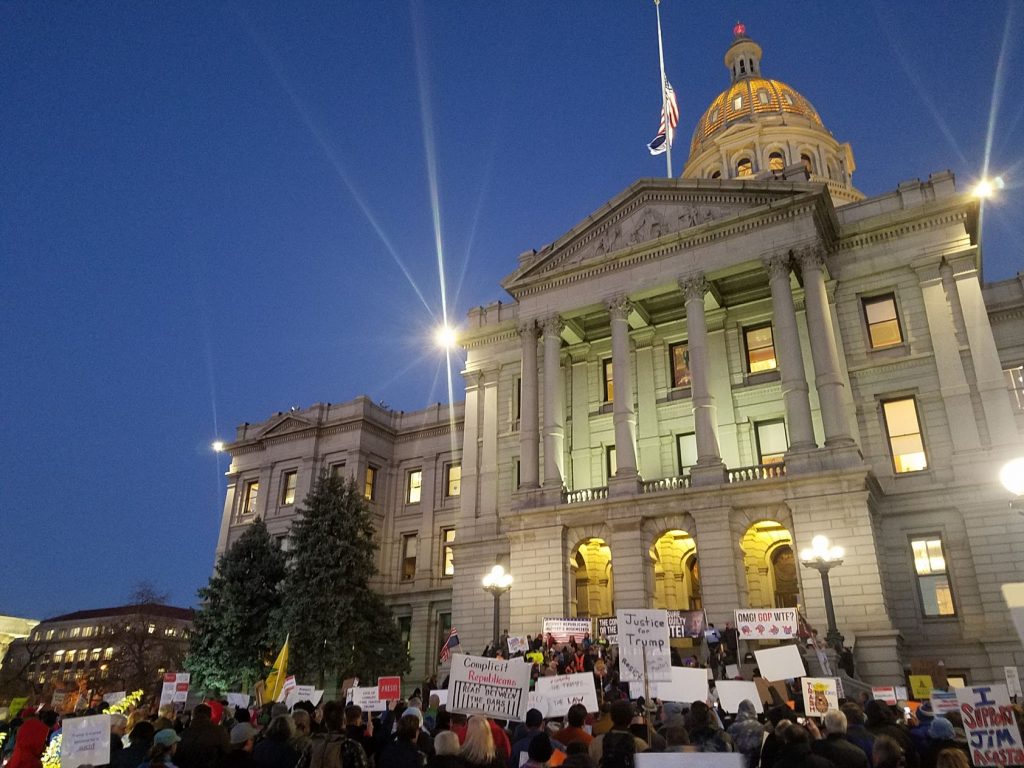 With less than 24 hours’ notice, hundreds of Coloradans gathered at the West Steps of the state capitol on Thursday evening to protest President Trump’s appointment of Matthew Whitaker to be acting Attorney General of the United States. Whitaker had been AG Jeff Sessions’ Chief of Staff. He has publicly argued that Special Counsel Mueller’s Russia investigation has gone too far and that President Trump has the authority to end it whenever he wants. 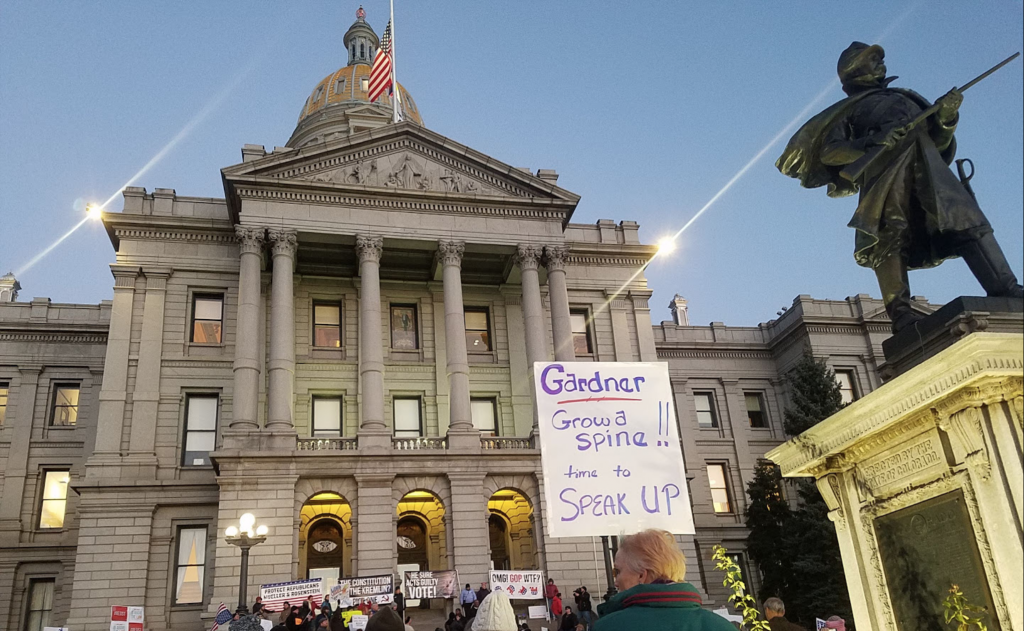 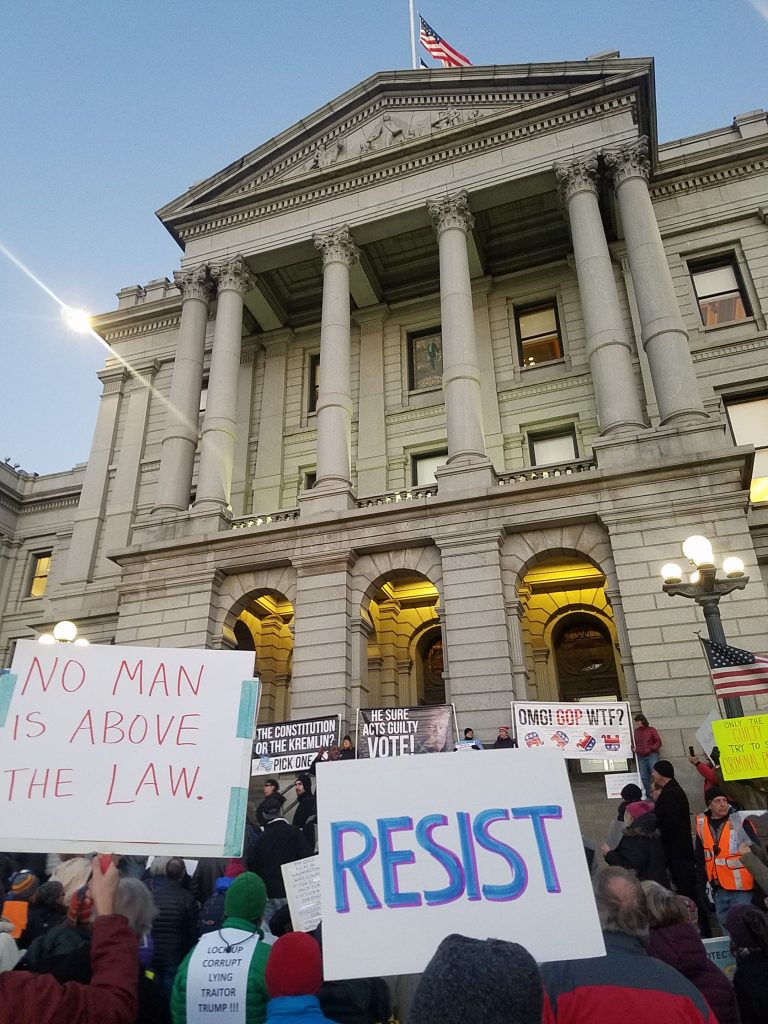 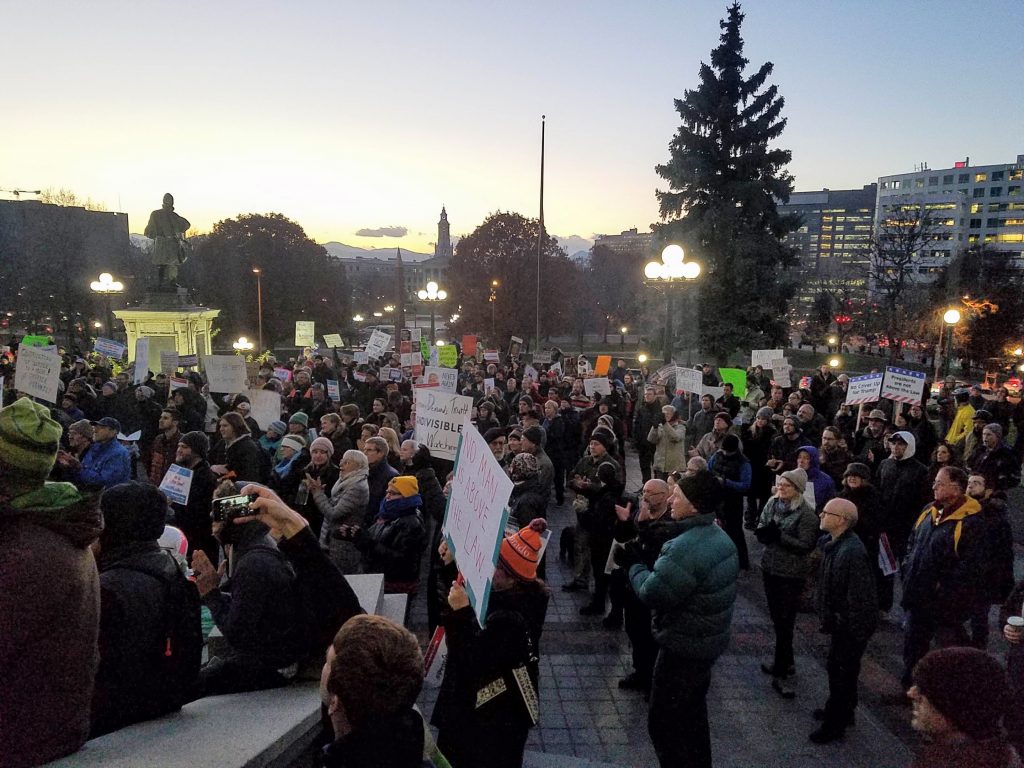 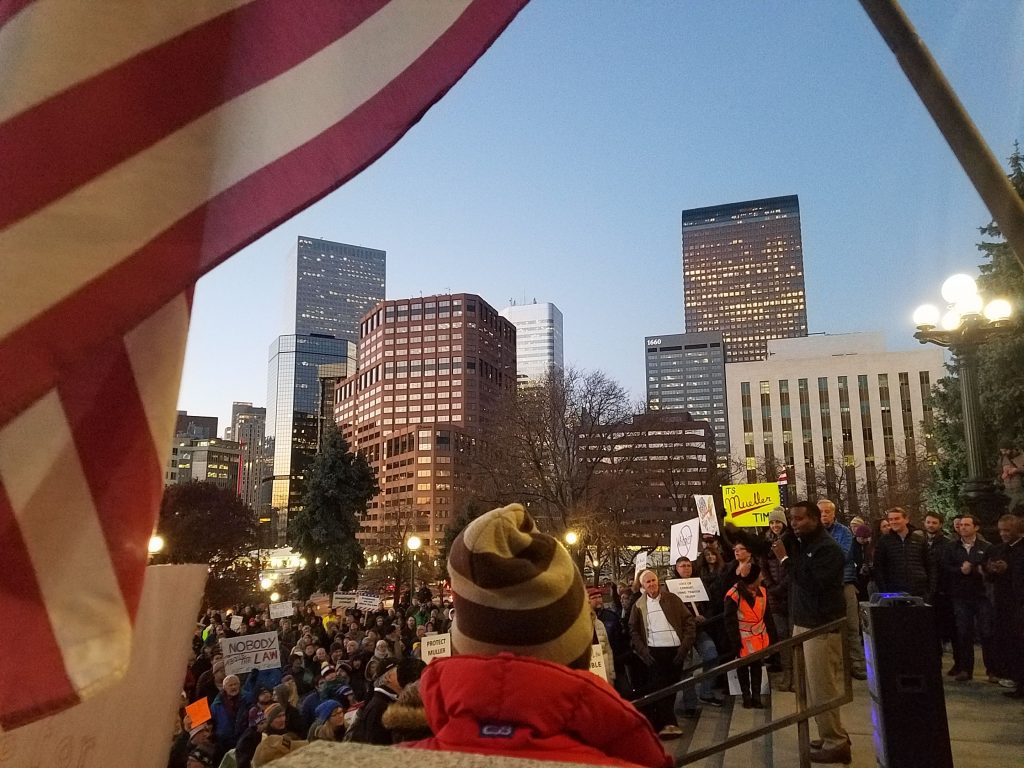 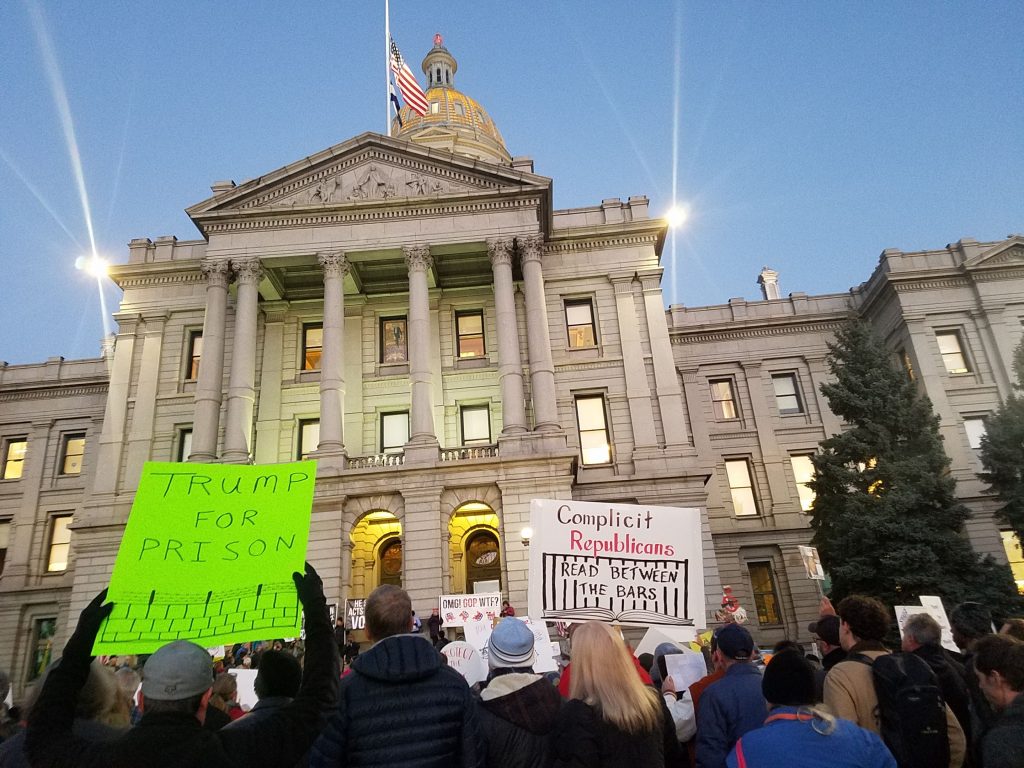 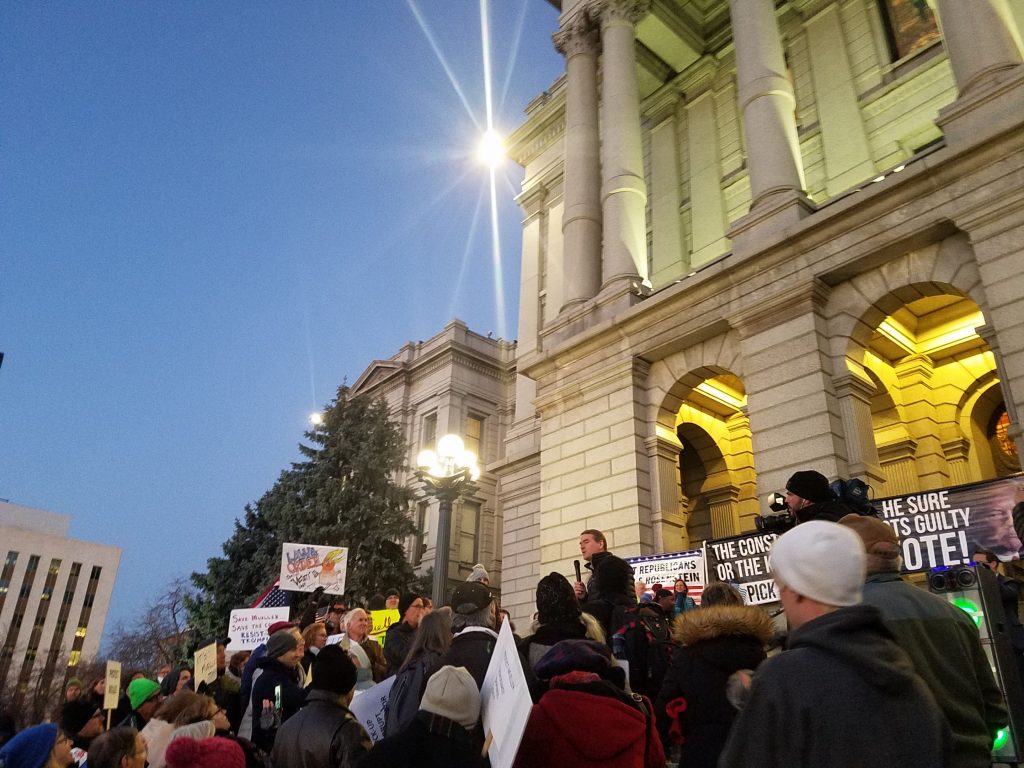