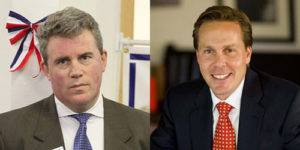 Gessler was an ambitious Republican attorney who was elected Colorado’s Secretary of State (SOS) in 2010. His one term in office was marked by numerous scandals, a moonlighting controversy, and easily-disproved false claims about “voter fraud” that harmed Republican candidates and elected officials across the state.

Gessler thought he would be Governor one day, and indeed he tried. Rather than seek re-election as SOS, Gessler sought the top job in the state in 2014. He was rebuffed at every turn by Republicans who were desperate to get rid of him, ultimately finishing a distant third in the GOP Primary behind former Congressman Bob Beauprez (who lost the Governor’s race in 2006 and would lose again in 2014) and former Congressman Tom Tancredo (who failed in his bid for Governor not once, not twice, but thrice). When his SOS term ended in January 2015, Gessler retreated to his private law practice and has generally remained out of the political spotlight ever since.

Gessler’s four years as SOS weren’t just supremely terrible for Scott Gessler – they were a consistent problem for Republicans across the state. If Brian Watson is elected State Treasurer on Tuesday, the GOP could have another Gessler-esque problem on its hands.

In early October, the Aurora Sentinel published a blistering critique of Watson in its endorsement of Democrat Dave Young for Treasurer. The Denver Post followed with a long profile of Watson that was nothing short of devastating for the Republican hopeful. Several days later, Fox 31 News aired an interview with Watson that underscores why Republicans should be so nervous about him.

Watson looks and sounds a lot like Bill Lumbergh.He comes off as smarmy and evasive in responding to several straightforward questions despite repeated attempts at clarity from Fox 31 reporter Joe St. George:

ST. GEORGE: Shouldn’t a candidate for office give up the private sector life if you’re going to be serving in public life?

WATSON: So, I founded my company 18 years ago above Ted’s Montana Grill on Larimer Square and built it up to where we own about $1.3 billion of assets in 16 states throughout America. So, I will remain as Chairman of my company, but we’ve got a phenomenal staff of people who run the day-to-day operations, which allows me to go and serve the people of Colorado in the State Treasurer’s office.

Not to worry, Colorado, Northstar Commercial Partners is in good hands!

But since nobody cares about whether Watson’s company is going to be well-managed if he is State Treasurer, St. George tries his question again:

ST. GEORGE: But isn’t it all connected to some degree? You would be responsible for overseeing a lot of…the investments [in the state]. I would imagine a billion-dollar company, there might be some overlap. Aren’t you worried about potential conflicts of interest?

WATSON: Yeah, well I’m so glad you brought that up. Because before I decided to run, we had a legal team review all of our assets to make sure that there would be no conflicts of interest. Moving forward, I have a commitment that if there is ever a conflict of interest between what my company does and what my role at the State Treasurer’s office would be, I would completely recuse myself on the private sector side.

Oh, well, Watson’s lawyers made sure there is no conflict of interest here, and Watson promises that he would totally remove himself from any issue if such a conflict were to arise. We’re guessing you don’t feel better now.

ST. GEORGE: You’ve had bankruptcies, you’ve had the IRS asking you for money. Why should the people of Colorado trust you if you can’t manage your own pocket?

WATSON: Yeah, so first of all, they weren’t personal bankruptcies. We released a statement about that, and I’m happy to share that with you as well…

“We released a statement about that.” The word “transparent” will never be used to describe Brian Watson.

ST. GEORGE: What kind of bankruptcies were they?

WATSON: We had to file for bankruptcy protection for an investment entity that we owned an asset in Boulder [sic], because I had to protect my investor capital. And that’s a big difference between myself and my opponent… 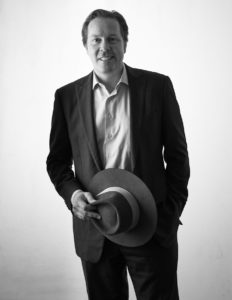 So, I have this friend who is a Nigerian prince and is looking to unload a bunch of gold…

Yes, that IS a big difference between Watson and Democratic candidate Dave Young. Among the two candidates, Watson is the only one who has experience with bankruptcy. Neat!

ST. GEORGE: Walk me through your IRS issues…

WATSON: Yeah! Absolutely! [Pols note: Seriously, this is how he responded] So, I invested in a company in the mountains – I was the capital partner for that. And you’ll just see money from me going into that. I didn’t sign any checks, didn’t take any money out. Unfortunately we had an unscrupulous manager who did not pay the employee payroll taxes…

After a bit more rambling, St. George jumps in and asks about the total amount Watson’s company owed the IRS:

WATSON: At that time, it was $106,000 that I was required to pay, and I did pay it. Since then, last year I went in and paid the balance plus interest, even though I wasn’t required to do so.

So noble. Surely paying this debt in full had nothing to do with the fact that Watson was about to announce his run for State Treasurer.

This is Watson’s second bid for elected office – he lost to Democrat Daniel Kagan in HD-3 in 2012 — and he has Gessler-like ambitions. Watson has talked openly of his desire to run for Governor, which is almost assuredly why he is so keen on becoming State Treasurer in 2018 despite a long list of troubles.

Serving as State Treasurer is a lot like being the long-snapper on a football team; nobody pays much attention to you unless things are going wrong. Republican Walker Stapleton may have lowered that bar even further in his eight years in office, but this is one race where Colorado Republicans might really win from losing.