Brophy Joins Team “Anybody But Gessler” 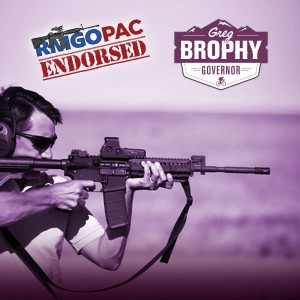 “I want Republicans to win this November and Bob is the best prepared to win and then govern Colorado back to greatness,” said Brophy, a farmer from Wray who just finished his final legislative session as a state lawmaker.

Brophy is following the lead of Steve House, another former gubernatorial hopeful who is also backing Beauprez.

Beauprez, a former congressman who was the Republican candidate for governor in 2006 when he lost by 17 points to Democrat Bill Ritter, entered this year’s contest at the very last minute in late February, saying that the other gubernatorial candidates weren’t demonstrating enough support to be competitive in the fall.

There seems to be a coordinated push at the moment to coalesce Republicans around failed 2006 gubernatorial candidate Bob Beauprez, or failing that, any candidate other than Secretary of State Scott Gessler. At the GOP state assembly last month, it's widely rumored that both Tom Tancredo and Beauprez, both candidates using the alternative petition process to make the ballot, told their supporters in attendance to back former state Sen. Mike Kopp–with the express purpose of denying Gessler an assembly win. Now that Kopp has basically taken himself out of contention with dismal fundraising, the primary is narrowing down to Gessler, Beauprez, and Tancredo. And of those three, Republican insiders are increasingly signaling that only Beauprez has anything close to a shot at winning in the fall.

For reasons we've been documenting ever since Beauprez decided to run for governor again this year, we don't agree–Beauprez is a walking gaffe machine, who stands to do a great deal of harm to Republicans down the ticket this year if nominated. A poll last month from GOP-aligned Magellan Strategies shows Beauprez losing to Democratic incumbent Gov. John Hickenlooper by fifteen points. The only way Beauprez might seem more electable than the other two Republican major candidates is when you consider just how unelectable Tancredo and Gessler honestly are–Tancredo as the world famous anti-immigrant lightning rod, and Gessler as the only candidate running for governor with a documented record of "breaching the public trust for private gain."

Even so, it's clear that the Republicans now falling in line behind Beauprez haven't read all the loony-tunes stuff we've been digging up from Beauprez's time between campaigns–claiming that Preisdent Barack Obama is "pushing" America "toward civil war," the "giant hoax" of climate change, how Sharia law is "creeping in" to Colorado, or how the Obama administration has been "infiltrated" by the Muslim Brotherhood. And let's not forget the "birther" thing.

To be honest, if Republicans are determined to ignore Beauprez's record of disqualifying talk-radio wackiness and nominate him anyway, Democrats should strongly consider letting them.