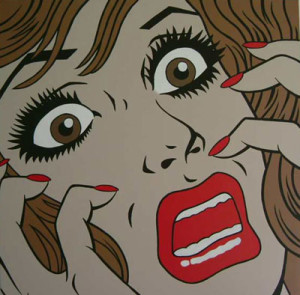 As Election Day gets closer and closer, so, too, does the end of Republican Scott Gessler's contentious term as Colorado's Secretary of State. Perhaps one day we will all look back at this period of time and laugh to ourselves in disbelief that Gessler could have actually been in charge of voting in Colorado.

Back when Gessler first took office in January 2011, he told everyone who would listen that Colorado had a massive problem with illegal voters casting illegal ballots. In fact, Gessler testified before Congress that he was aware of at least 16,270 illegal voter registrations in Colorado, including 5,000 who illegally cast a ballot. Those numbers, of course, never held up to even the slightest level of scrutiny. In July 2013, Gessler's office produced a list of 155 people — yes, just 155 — who were suspected of having registered to vote illegally. What happened to the other 16,115 that Gessler boldly proclaimed to Congress as illegal voters? Perhaps someone in the Secretary of State's office just accidentally cut-and-paste the same names 110 times.

Last November, Arapahoe County District Attorney George Brauchler, a very partisan Republican DA, announced that his office had indicted a grand total of 4 (four) people alleged to have been involved in illegally registering to vote. In June, charges were dropped in one of those cases, and yesterday, a judge tossed charges in a second Brauchler case. From CBS4 Denver:

A judge dismissed an election-fraud charge against an Aurora man on Wednesday after prosecutors said they could not prove he was the one who illegally registered himself to vote.

Tadesse G. Degefa, who is not a U.S. citizen, had been charged with procuring false registration for allegedly signing up to vote in 2012.

District Attorney George Brauchler said the secretary of state’s voter registration website does not have safeguards to prevent someone from illegally registering someone else to vote.

According to CBS 4, charges are still pending against one canvasser and one noncitizen. In other words, out of Gessler's original claim of 16,270 cases of illegal voter registration, we may (and only possibly) end up with just two people who may have not even intentionally been involved with illegally registering a voter. And guess how many people look to have actually voted illegally?

So, Scott Gessler was pretty close in his estimation of voter fraud — give or take 16,270 people.