Walker Stapleton Should be Paid by the Hour

Republican gubernatorial candidate Walker Stapleton is finishing up his second and final term as Colorado’s State Treasurer. If it was his goal over the last eight years to prove that Colorado doesn’t really need a State Treasurer, then Stapleton has succeeded marvelously.

In case you haven’t heard, Stapleton doesn’t show up to work very often. Stapleton took criticism during his 2014 re-election campaign when key card records showed that he only appeared at his office about 10 days per month — and usually only in the late afternoon. After Stapleton was re-elected in November 2014, he took a new approach to his attendance record: He just stopped using his keycard altogether. As Blair Miller reported for Denver7 last month:

Logs of keycard and access code usage at the private doors of the Capitol, which can only be used by state employees and lawmakers, show that Stapleton hasn’t used his keycard or access code once during his second term in office, which CSP confirmed was the case.

Stapleton’s campaign spokesman, Jerrod Dobkin, sent Denver7 the following statement: “As the Colorado State Patrol confirmed, Walker uses the south entrance to enter the Capitol.” However, CSP did not confirm that Stapleton uses the south entrance, only that it was possible to use the public entrances without a keycard if a state employee ID is shown. [Pols emphasis] Logs from 2011, when Stapleton used his keycard, shows he almost always used the entrance on the south side of the building.

So, Stapleton could theoretically get into his office without using his keycard or access code, but that’s not particularly useful information if you are at all concerned that taxpayers are funding a full-time salary and benefits for a guy whose attendance record wouldn’t even qualify as part-time. And it’s not just his State Capitol office that is going unused; Stapleton barely shows up half of the time at PERA Board Meetings (the State Treasurer is a board member). 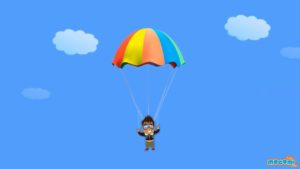 Two months ago, the Colorado Democratic Party began documenting a daily trek to the State Capitol to see if Stapleton is using his allotted parking space. No vehicle has been parked in this space since at least August 23, which means that Stapleton is approaching 40 consecutive work days without actually going to work. We’ve been a bit surprised that local media outlets haven’t noted this more often, but as Jon Murray of the Denver Post reports, Stapleton says he visits his office roughly once a week.

“I just don’t park there, and haven’t for awhile,” Stapleton said. “And I won’t again until at least Nov. 7 — to illustrate the point that just because I’m not parked there doesn’t mean I’m not at the Capitol.”

See…just because Walker Stapleton never uses his keycard OR his parking space doesn’t mean that he never goes to his office. Maybe he jumps out of an airplane and parachutes onto the Capitol’s golden dome every morning. Perhaps Stapleton parks in an undisclosed space somewhere on Capitol Hill and uses the labyrinthian tunnels below the building to glide silently to his desk. It might even be possible that Stapleton is a warlock who uses his magical powers to shape shift into a rodent so that he can access his office without being seen.

Or maybe Stapleton just doesn’t do his job. That one seems more likely.