Walker Stapleton is Like Santa Claus, Minus the Presents and the Beard 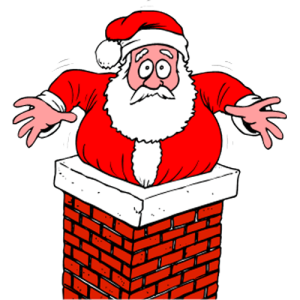 Perhaps this is how Walker Stapleton gets into his office.

Democrat Betsy Markey is trying to unseat incumbent Republican Walker Stapleton in the race for State Treasurer, a task that is particularly difficult in a year where three marquee races (Governor, U.S. Senate, and CD-6) are gobbling up air time on every television in the state. When it is difficult to capture the public's attention in the midst of so many television ads, it becomes especially important to make sure that your ads hit home; Markey's first TV ad does that and more, with a pretty problematic charge against Stapleton.

In short, Stapleton comes off looking very much a part-time Treasurer when an open records request reveals something that looks bad no matter how you spin it. So how does Stapleton's campaign respond to charges that he is rarely in his office the building? As the Denver Post's Lynn Bartels reports, not very well:

“At best, it’s inexcusable. At worst, it’s a scandal,” the spot says. “According to official key card records, Stapleton only bothers showing up at his office around 10 days a month.”

Stapleton’s campaign spokesman, Michael Fortney, said when the treasurer forgets his key card, which is often, he goes through the public entrance where attendance records are not kept. [Pols emphasis]

“This is silly. Betsy knows there is more than one way to get into the Capitol. The fact is she has zero understanding of the treasurer’s office and public finance so she has to rely on this garbage,” Fortney said.

One of the most straightforward methods for examining a state employee's work habits is to take a look at how often their key card is used to access the building and, thus, gain entrance into their office. Stapleton's spokesperson would have you believe that Stapleton often forgets his key card and enters the building through a public entrance…which would be perfectly understandable if not for the fact that all building entrances have a key card scanner and a keypad. Perhaps Stapleton also sprinkles magic dust over himself and enters his office through the chimney.

The full script for the ad, titled "Missing," is available after the jump.

“Missing” Script:
VOICE OVER: At best…it’s inexcusable.
At worst…it’s a scandal. State Treasurer Walker Stapleton.
Official key-card records from his Denver office confirm…
Stapleton only bothers showing up at his office around ten days a month.
Often, skipping the office for weeks at a time.
Or only showing up after three P.M.
While we pay Walker Stapleton his full-time salary.
For a serious state treasurer…who built one of America’s Five-Hundred Fastest-Growing Companies.
Businesswoman Betsy Markey.