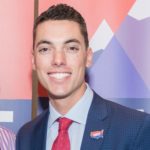 We’ve discussed a couple of times this year a novel effort headed by a former Republican operative with ties to a variety of conservative rebranding campaigns, Nick Troiano, pushing a small slate of purportedly unaffiliated state legislative candidates in Colorado. Despite their outraged insistence otherwise, the campaign appears squarely focused on derailing Democrats in swing races. Troiano once infamously said, “it doesn’t really matter to voters…where you stand on the issues, or even if you align with them on issues.”

What matters is the ability to sow chaos in races that may be decided by literally dozens of votes.

In every district where Democrats are facing so-called “Unite Colorado” candidates, who are flush with cash from the out-of-state funded quasi-party organization backing these “independent” campaigns, they’ve led with the simplest of messages: don’t be fooled. These individual candidates are well-meaning, but the overall operation is not. This is not intended to grow any bonafide alternative to the Republican/Democrat duopoly in American politics, just another Republican-conceived vehicle to undermine their Democratic opponents.

Who apparently knows this better than anyone? Nick Troiano:

The only responsibly choice in the battlegrounds was actually making a choice – not abstaining, not voting third party. Now we live with it. https://t.co/TiSAc25254

That’s what the same Nick Troiano had to say after the 2016 elections, and he’s right. With Democrats’ backs against the wall, the stakes as high in any election of our lifetimes, and a landslide shaping up against Republicans that could rival the historic 2010 wave they themselves enjoyed, now is most certainly not the time to abstain.

Or vote for a third party.