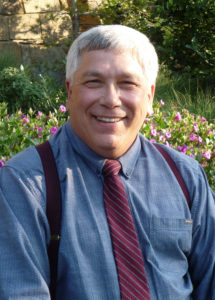 Westword’s Paige Yowell reports on a new twist in the race to replace disgraced GOP Rep. Tim Leonard in House District 25. Leonard, as readers know, made the decision to not run for re-election after an embarrassing failed attempt to cut his child support obligations because of his duties as a part-time legislator.

The replacement Republican candidate in the HD-25 race, Steve Szutenbach, has some family trouble of his own! We wrote in late July about the children of HD-47 candidate Don Bendell coming forward to call Bendell out as a “deadbeat dad.” In September, a positively brutal ad in an Arizona congressional race made national news, in which siblings of Rep. Paul Gosar denounce their brother and enthusiastically endorse his opponent. The situation in HD-25 is remarkably similar:

After Tim Leonard, the Republican candidate running for re-election in the district, stepped down in August following some complications with his divorce, a Republican committee appointed Steve Szutenbach of Evergreen to oppose [Democrat Lisa] Cutter. As soon as the candidate’s son found out that his dad was running, Stephen Szutenbach says he donated $50 to Cutter’s campaign. (Yes, their names are the same but spelled differently, and, yes, it’s a hassle, Stephen Szutenbach says.)

“My father’s political positions on things like gay marriage are very antithetical to my political position and my own life,” says Szutenbach, who is gay and married his long-term partner in 2016. [Pols emphasis]

Ouch. And then Szutenbach the Younger really starts dishing:

Stephen Szutenbach says his father never had guns when he was growing up. But when President Barack Obama was elected to his first term, his father began buying up guns and ammunition, almost like they were tokens required to prove he was a real Republican.

“It was so much hysteria at the time, and he bought into it,” he says.

It’s been a constant in American history that certain segments of the population have reactions to political events are are…grossly disproportionate to those events. A recent and very good example of this phenomenon would be Republicans hoarding guns and ammunition after the election of Barack Obama as President in 2008. It’s a free country, and people can buy whatever they want for whatever reason–but given that there was in the end no need to hoard guns to protect the nation from President Obama, voters may want to keep this example of Szutenbach’s temperament in mind.

From Bendell to Szutenbach–not to mention Walker Stapleton’s KKK great-grandpa–troubled family ties are tripping up Colorado Republicans to a considerable extent in 2018.