Do Your Damn Job, Faye Griffin

FRIDAY UPDATE: They fixed it.

Are you a Jefferson County voter planning to cast your ballot before Election Day on November 6, 2018?

Then you might want to let Jefferson County Clerk and Recorder Faye Griffin in on a little secret: It’s not 2019.

Readers of this site and one of our local spinoffs, Jeffco Pols, are probably familiar with Faye Griffin, who never met an elected position she wasn’t willing to abandon if it meant extending her time on the public dime. Griffin jumps from job to job in Jefferson County Government about as often as Donald Trump tells a lie. In fact, her job-hopping has become so notorious that the editorial board of the Denver Post agreed with our sentiment in 2014 when we documented another potential backroom office change. 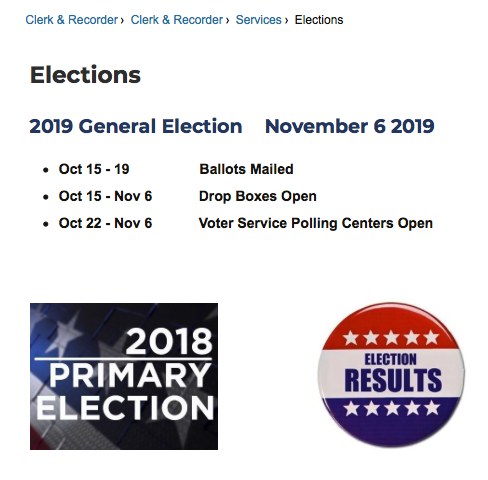 Screenshot from www.jeffco.us/elections on Thursday afternoon.

Obviously this is a relatively-harmless mistake. Nevertheless, the optics are terrible given that the long, long, longtime elected official in charge of the department is running for another re-election on the eve of her 79th birthday.

Griffin is being challenged by Democrat George Stern.