More Carnage: Stapleton’s LG Timeline Blows Up in His Face 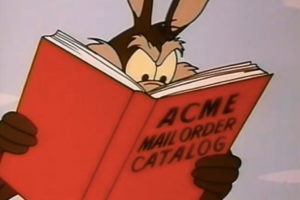 A successful campaign is a lot like a popular Disney cartoon (but with fewer original songs): It tells a good story centered around a compelling protagonist, with a narrative that keeps even casual viewers engaged and invested in a favorable outcome for the main character. Usually there is even a moral lesson involved. You know these stories well – The Lion King, Beauty and the Beast, Frozen, Cars…

To keep this analogy going, troubled campaigns tend to veer from a narrative arc and instead end up stitching together incongruent scenes that viewers largely forget the moment they change the channel. This is the same approach that begets Looney Tunes shorts with Wile E. Coyote or animated series like Tom & Jerry. There is no real storyline here; you’re basically just killing time until a piano falls onto somebody’s head.

As we’ve detailed in this space on more than one occasion, Republican gubernatorial candidate Walker Stapleton is running a statewide campaign based on a kit he purchased from the Acme Corporation. It’s hard to develop a positive narrative when your main character falls through an open manhole cover every few days.

So it is that we get to the latest in a series of ridiculous blunders from Team Stapleton. It has been nearly a month since Stapleton’s campaign inexplicably screwed up the seemingly-simple task of choosing a Lieutenant Governor (LG) running mate, but this strange saga is nowhere near completion. Let us recap: In early July, Stapleton’s campaign tried to make it look like Democrat Jared Polis was rushing his announcement of Dianne Primavera as his choice for LG. At some point around this same time period, Team Stapleton realized that there was actually a legal requirement to select an LG within seven days of the June 26 Primary, which had them scrambling to pretend that they had already picked a running mate (after at least one rejection) but were waiting to announce the choice until later in the month. Local reporters quickly caught on to Stapleton’s latest blunder, and on July 11 the campaign rushed out an announcement that State Rep. Lang Sias had agreed to be Stapleton’s running mate (if you don’t think this move was rushed, just look at the sign on the podium at the press conference). 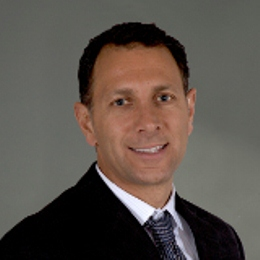 Stapleton’s LG screwup was almost fading into yesterday’s news until a story on Sunday in the Ft. Collins Coloradoan, in which local developer Gino Campana blew up the Stapleton campaign’s LG explanation in a boastful interview about how he was very nearly Stapleton’s choice for a running mate:

Two days before state Treasurer Walker Stapleton announced Republican lawmaker Lang Sias was his pick in the race for governor, the team was still vetting Campana as a potential running mate. Campana said the media attention around Stapleton’s pick, announced July 11, helped move the campaign’s announcement up by a week or more. [Pols emphasis]

He said he and Stapleton “couldn’t get things to align between the two of us.”

On July 3, we discussed in this space that Stapleton’s campaign looked to have broken the law by not selecting a running mate within seven days of the Primary Election. At 3:09 pm on July 3, Stapleton apparently sent an email to Sias (according to documents from the SOS), thanking him for accepting Stapleton’s offer to be his running mate. Sias submitted a notarized affidavit of acceptance to the SOS office that was dated July 11, the same day as the rushed press conference announcing Sias as Stapleton’s LG (Stapleton said during that press conference that Sias had agreed to be his running mate on July 2).

But according to the Coloradoan and Gino Campana, Stapleton’s campaign was still vetting Campana as a potential running mate as recently as July 9.

This entire fiasco is another mess for Stapleton, and it’s not over yet. Either Campana is lying or Team Stapleton is lying; they can’t both be telling the truth.

If Sias truly accepted Stapleton’s offer on July 2 (or July 3), then why would Stapleton’s campaign still be talking to Campana at all?

Was Stapleton not comfortable with Sias as his running mate? Did Sias know this?

Or did Sias not actually agree to Stapleton’s offer in early July, as Team Stapleton submitted to the SOS office on July 11?

Selecting a running mate is not rocket surgery, but somehow Stapleton’s campaign managed to turn a simple task into a month-long problem. This is Stapleton’s entire campaign in a nutshell, and it makes it easy for his opponents to paint him as a candidate who is not at all prepared for the job of running an entire state government.

Just like the Road Runner in Looney Tunes, it would seem that Polis needs only to keep his head down and keep running while Stapleton finds new ways to hurt himself.