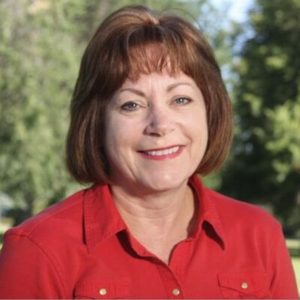 Dianne Primavera will join Jared Polis as his running mate for governor.

The Democratic candidate chose a former state lawmaker with a track record of fighting for health care access to join him on the ticket. Polis shared his decision in an exclusive interview with Colorado Matters. Political watchers are still waiting on Walker Stapleton’s choice.

“Coloradans and Americans are just getting ripped off on health care,” Polis said. “Dianne, far and away, will be the best partner in helping to fix this here in Colorado and save families money and expand coverage.”

UPDATE 4:55PM: Polis’ last clue has prompted a number of political insiders to speculate that the pick is Dianne Primavera, former state representative who meets the requisite criteria of being a Colorado native who recently became a grandparent, loves dogs, and cuts a rug regularly.

Can you guess who it is? Find out if you’re right at 6pm today! pic.twitter.com/yLGSB8Ne72

Democratic gubernatorial nominee Jared Polis will announce his pick for lieutenant governor at 6PM today–and until then he’s subjecting the Colorado political water-cooler class to a positively agonizing guessing game:

We’ll be announcing the next Lieutenant Governor at 6pm tonight! We’re revealing hints throughout the day – can you guess who it is? #COGov #COpolitics

1️⃣: They are a native Coloradan! pic.twitter.com/lXQxCsGvnZ

We thought we had it, but two subsequent hints have thrown us off–apparently Polis’ running mate has two dogs and two fish, and recently became a grandparent. We’ll update as more hints come in…and of course if you know the answer for whatever reason, and/or want to look like a Colorado politics ninja by guessing right, you should get that in the record before the clock strikes six.