Get More Smarter on Tuesday (July 24) 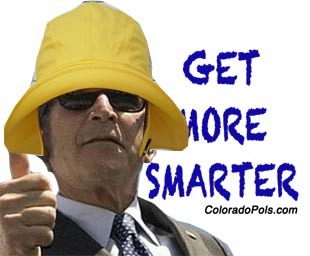 Send more rain, please. It’s time to Get More Smarter. If you think we missed something important, please include the link in the comments below (here’s a good example). If you are more of a visual learner, check out The Get More Smarter Show.

► American farmers are facing serious financial troubles thanks to President Trump’s obstinate trade wars. As the Washington Post reports, the White House is now pushing for “emergency relief” funding to help with a problem that Trump literally created himself:

The U.S. Agriculture Department announced Tuesday a $12 billion package of emergency aid for farmers caught in the midst of President Trump’s escalating trade war the latest sign that growing tensions between the United States and other countries will not end soon.

Trump ordered Agriculture Secretary Sonny Perdue to prepare a range of options several months ago, amid complaints from farmers that their products faced retaliatory tariffs from China and other countries. The new package of government assistance funds announced Tuesday and will go into effect in September.

The aid package will target soybean farmers, dairy farmers, and pork producers, among others. White House officials hope it will temporarily quiet some of the unease from farm groups, but the new plan could revive debates about taxpayer-funded bailouts and the degree to which Trump’s trade strategy is leading to unforeseen costs.

Or, maybe — and we’re just spitballing here — perhaps it would make more sense to stop these clearly-harmful trade policies?

► Republican gubernatorial nominee Walker Stapleton is the candidate Colorado Democrats always hoped to face in the 2018 General Election. After two more days of absolutely disastrous media coverage for Stapleton (and family) this week, it’s easy to see why Democrats had been crossing their fingers that he’d be the GOP nominee.

► House Republicans are not going to hold a much-discussed vote on immigration reform despite promises to tackle the issue this summer. From Politico:

House GOP leaders are reneging on a vow to hold an immigration vote before the August recess, a move that puts House Majority Leader Kevin McCarthy in a particularly awkward spot as he seeks to become the next speaker.

In June, McCarthy (R-Calif.) personally promised several rank-and-file members a vote on a new guest-worker program for farmers, an offer backed by Speaker Paul Ryan (R-Wis.). The assurance was critical at the time: It persuaded Reps. Dennis Ross (R-Fla.) and Dan Newhouse (R-Wash.) not to sign on to an effort — which Republican leaders were desperately trying to stop — to force a vote on legislation creating a pathway to citizenship for Dreamers, the immigrants brought to the country illegally as children. The so-called discharge petition ultimately fell two signatures short.

“That was not the deal; the deal was that we’re taking it up regardless,” Ross said Monday afternoon, arguing that the lack of 218 votes shouldn’t preclude the promised vote. “There are those of us [who] need to go back [home] and show that we’re doing all we can to do what we said we would do.”

This is not going to be helpful for Rep. Mike Coffman, who backed off of his attempts at pushing for a vote after assurances were made by GOP leadership.

► As the Washington Post reports, the Trump administration is getting more aggressive about weakening protections for National Monuments:

The thousands of pages of email correspondence chart how Interior Secretary Ryan Zinke and his aides instead tailored their survey of protected sites to emphasize the value of logging, ranching and energy development that would be unlocked if they were not designated as national monuments.

Comments the department’s Freedom of Information Act officers made in the documents show they sought to keep some of the references out of public view because they were “revealing [the] strategy” behind the review.

The Trump administration is also working hard to undermine the Endangered Species Act.

► Tom Tancredo didn’t end up as the Republican nominee for Governor in 2018, but he did nominate eventual winner Walker Stapleton at the State GOP Convention in April.

Fmr GOP Rep. Tom Tancredo, who ran for Governor + President, defended this anti-Muslim meme claiming a photo from Afghanistan is actually from Dearborn, Michigan. “Have you ever been to Dearborn?” @RealTomTancredo told me. “I have. Seemed perfectly plausible.” #copolitics #9NEWS pic.twitter.com/gfDUxAVodf

To quote Colorado political consultant Eric Sondermann: “To have Tom Tancredo give his nominating speech at the convention in Boulder…you don’t think that one will come back to bite him come September, October, etc.?”

► Former Republican gubernatorial candidate Victor Mitchell is urging Walker Stapleton to run as far away as possible from being associated with President Trump. It’s much too late for that.

► Attorney General Jeff Sessions, the top law enforcement official in the entire United States, is still talking about “lock her up” chants from the 2016 Presidential election that were targeted at Democratic candidate Hillary Clinton.

► All signs continue to point to a Democratic wave in November.

► Voters in Georgia head to the polls today in one of the only July Primary Elections in the country.

► Colorado Springs will power another 30,000 homes with solar energy.

► The City of Westminster is banning new development projects for 12 months because its sewer system can’t handle any more loads (pun intended).

► It is WAYYYY too easy to talk some Republicans into doing and saying awful things. From CNN:

Georgia House Speaker David Ralston is calling for the resignation of a state lawmaker who dropped his trousers and repeatedly used the “n-word” on Sunday night’s episode of the Showtime series “Who Is America?”

Jason Spencer, a Republican who represents the community of Woodbine in southeast Georgia, appeared in a segment in which the show’s star Sacha Baron Cohen played a character named Col. Erran Morad.

Spencer was pranked into believing believing that the comedian was an Israeli anti-terrorism expert who was able to convince the legislator that a series of racist acts would protect him against terrorists.

Spencer was defeated earlier this year in a Republican Primary, so he won’t be returning to the Georgia legislature in 2019, but he’s nevertheless resisting calls for his resignation while blaming comedian Sacha Baron Cohen for “taking advantage of my paralyzing fear that my family would be attacked.”

At least Spencer can take solace in the fact that plenty of other Republicans have walked right into whatever wall Cohen placed in front of them.

► President Trump says that Russia wants to influence the 2018 election in support of Democrats. Raise your hand if you believe this one.

► A Massachusetts Congressional candidate thoroughly confused the hosts of a Fox News talk show on Monday. From Politico:

The network thought it had booked Democrat Ann Kirkpatrick, a former Arizona congresswoman running for another stint in Congress, for its Fox and Friends morning show — the idea was that Kirkpatrick was a Democrat who supported the Immigration and Customs Enforcement agency.

But the bookers had instead lined up state Sen. Barbara L’Italien, a Democrat running in a crowded open congressional race in Massachusetts.

And she had an entirely different message in mind.

“I’m actually here to speak directly to Donald Trump,” L’Italien said, after anchor Jillian Mele asked her why she supports ICE. “I feel what’s happening at the border is wrong. I’m a mother of four and I believe that separating kids from their parents is illegal and inhumane.”