An Early Look at the Democratic Field for President in 2020 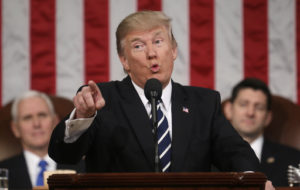 The 2018 election hasn’t even really started to reach a boiling point yet, but with President Trump making an historic ass of himself (and America), it’s never too early to look ahead to the next Presidential election.

Writing for CNN, Chris Cillizza and Harry Enten toss out their top 10 early favorites for the Democratic Presidential nomination in 2020. Here’s their list:

With that list in mind, this seems like a good time to ask Colorado Pols readers about the 2020 Democratic field. Pols readers are generally pretty good about predicting Colorado outcomes, so let’s see if you can keep it going in a national election.

As always, we want to know what you think will happen — not what you want to happen or who you personally might support. If you had to make a choice today, which is what we’re asking you to do, who would you predict will be the Democratic nominee for President in 2020?