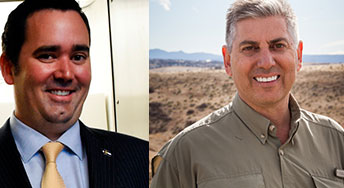 Last week the Colorado-based, Republican-leaning polling outfit Magellan Strategies released the first public numbers in the Democratic gubernatorial Primary that we’d seen in several months. According to Magellan’s numbers from a survey taken May 30-31, 2018, Rep. Jared Polis led closest challenger Cary Kennedy by 13 points among likely voters, with both Mike Johnston and Donna Lynne failing to even reach double digits.

Today Magellan released numbers in the Republican gubernatorial Primary. If these figures are accurate, Walker Stapleton leads the rest of the GOP field by — you guessed it — 13 points! From Magellan:

Victor Mitchell appears to be the only Republican candidate within shouting distance of Stapleton, while Greg Lopez (10%) and Mitt Romney’s Nephew (4%) are likely out of the picture altogether. Lopez can at least console himself with a weekend straw poll victory.