UPDATE: Democratic gubernatorial candidate Jared Polis weighs in–and says he would have signed them both. 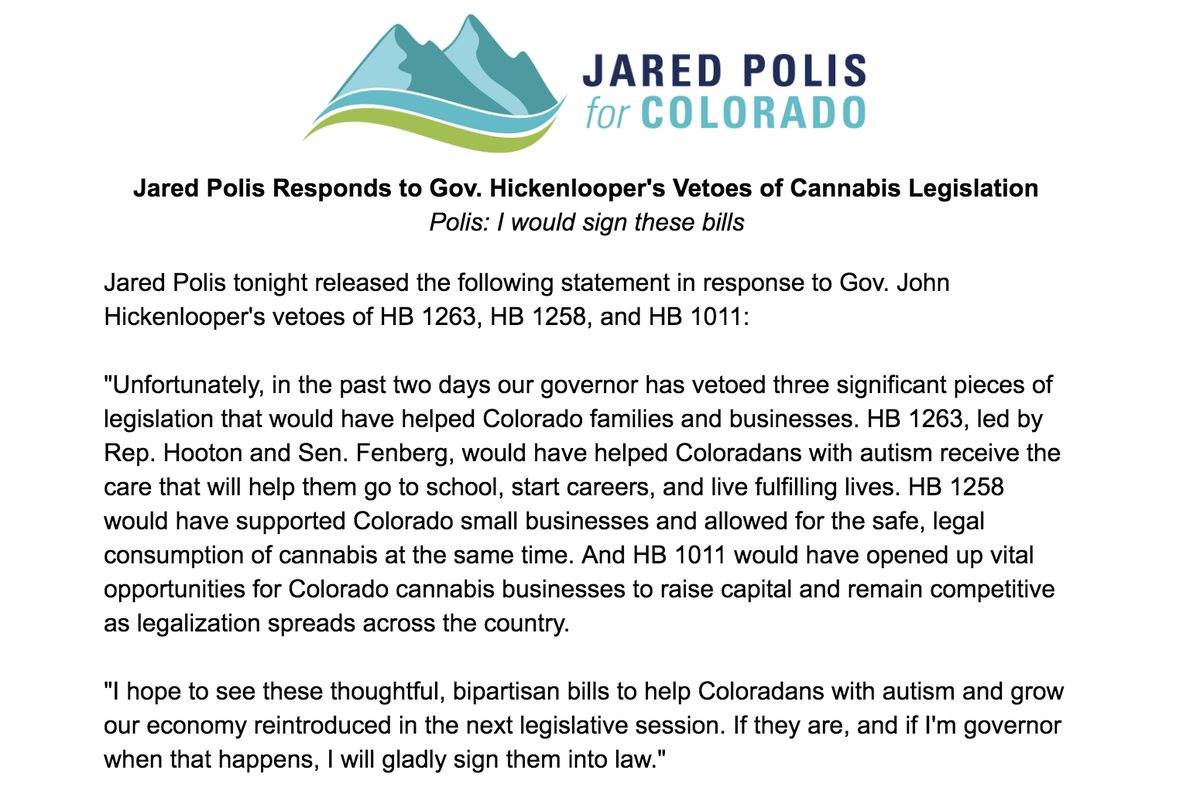 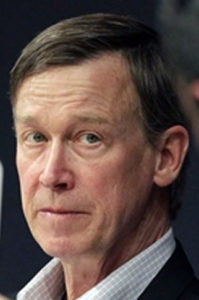 Gov. John Hickenlooper held the final bill signing ceremony of the year yesterday, but most of the conversation today is about two marijuana bills vetoed in the last two days–bills that both passed the legislature with broad bipartisan support, intended to address significant issues related to its legal use. The Colorado Springs Independent reports on the veto of House Bill 18-1258, legislation to allow limited consumption of certain marijuana products at dispensaries who set up a proper space for it:

Currently, there are no legal places in Colorado to consume marijuana outside of a private home, making it difficult for renters, out-of-state tourists, and parents with young children to enjoy dispensary purchases. It’s possible that contributed to a 471 percent increase in citations for public cannabis consumption in the first three quarters of 2014, as Colorado Public Radio reported. Westword also reported that between the time of legalization in 2014 and 2017, Boulder saw a 54 percent climb.

The bill would have limited purchases in tasting rooms to 10 milligrams active THC in an infused product or one-quarter gram of marijuana concentrate. In compliance with the Colorado Clean Indoor Air Act, customers would not have been allowed to smoke. Products would have had to be consumed on business premises.

The governor’s stated reason for vetoing this legislation is the “concern” that allowing consumption of marijuana anywhere other than a private residence could lead to “additional impaired or intoxicated drivers on our roadways.” Notwithstanding the legal limbo that the absence of a legal place to consume marijuana leaves tourists in who come to our state to partake, creating a major policy conflict–by Hickenlooper’s logic, no one should ever be granted a liquor license again! After all, more places to drink would logically result in “additional impaired or intoxicated drivers on our roadways.” Right?

But our brewery owner governor doesn’t see it that way. And that’s not a good look.

The second bill vetoed by Gov. Hickenlooper has less of an economic impact, but has particularly upset parents of autistic children who earned considerable press this session in support of House Bill 18-1263–a bill to add autism spectrum disorder to the list of qualifying conditions for obtaining a medical marijuana card. CBS Denver:

Before Hickenlooper’s decision, parents of children with autism gathered outside the governor’s office at the state Capitol.

“We ask that the governor help our children. Our kids are dying. We can’t wait another year,” said Michelle Walker whose son has autism…

One mother brought prescription bottles to show what her child has taken. She came in hopes of legalizing marijuana for autism.

Hickenlooper’s statement to reporters after vetoing this bill seemed to go much farther than his official statement on the veto, which claimed the bill was vetoed “on the sole concern” that not enough study had been done on the usefulness of marijuana in the treatment of autism. But as the Denver Post reports:

“If we sign that bill we end up, without question, in some way encouraging more young people to look at this as an antidote for their problems,” he told reporters before turning down the legislation, House Bill 1263. [Pols emphasis]

For the families of autistic children who pleaded with the governor to sign this bill, and who won the public’s sympathy this spring with a high-visibility media campaign highlighting what their families go through and how marijuana has helped, this high-handed sermonizing about the message to “young people” is a shocking insult. This bill was not about enabling drug use by kids, it’s about treating a serious disorder on par with any of the qualifying conditions for medical marijuana today. That’s why the bill passed by a lopsided 53-11 margin in the House and near-unanimous 32-3 in the Senate.

Let’s be clear about what happened. @GovofCO is getting some bad advice from people who aren’t cannabis experts on policy or politics. The experts all called for the governor to make different decisions. In his last days, John Hickenlooper has misstepped. #copolitics #coleg https://t.co/eZ34naDZEm

Along with other recent lurches to the right like Hickenlooper’s endorsement of a work requirement for Medicaid and lip service to re-criminalizing marijuana entirely, these vetoes seem to be political moves to “sanitize” himself politically for a possible run for higher office. We don’t know exactly who is giving Hickenlooper the advice to take these actions, but it’s exactly the wrong way for him to be moving politically. Undoing any good will with the proponents of the autism bill by dismissing their concerns as an attempt to promote adolescent drug use, and punting the huge unresolved issue of legal marijuana consumption, is not how a governor shows leadership.

It’s how you prove you don’t deserve to be President.