It’s possible that by the time O’Keefe leaves Colorado, there will be some new entries.

A familiar and not-so-welcome face from the national political scandal sheets is once again on the ground in Colorado, courtesy Republican financier and failed state legislative candidate Rick Enstrom: 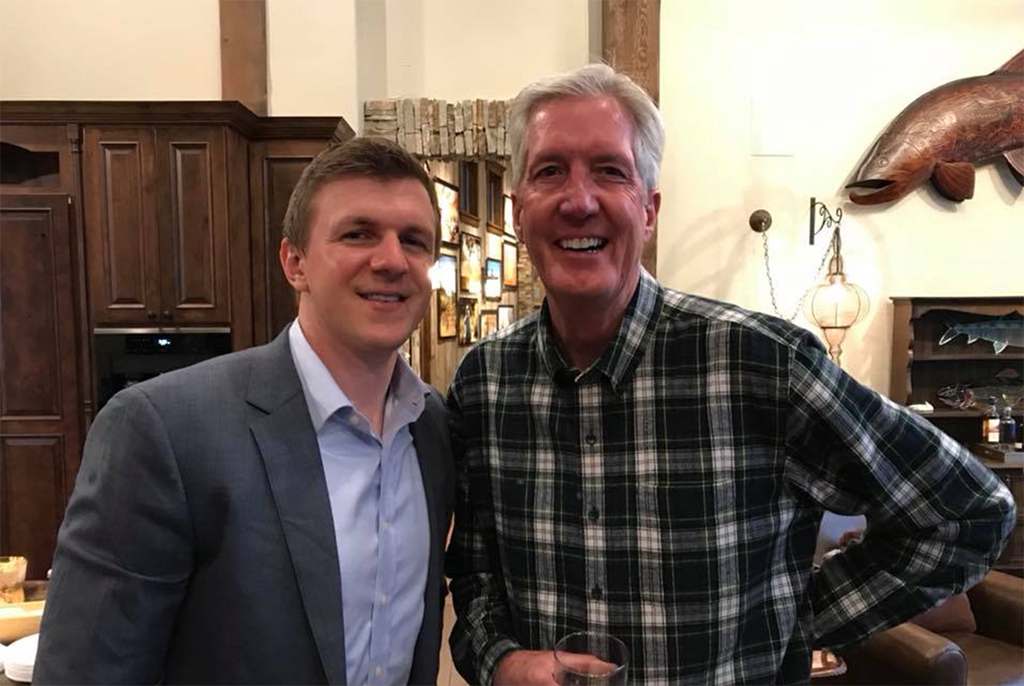 The man on the left in this photo, taken Saturday, is infamous Republican gotcha artist James O’Keefe–who has a lengthy resume of mostly failed political expose attempts against lefty political organizations, including here in Colorado in the 2014 election cycle. Most recently, O’Keefe’s organization Project Veritas botched an attempted “sting” on the Washington Post, with reporters quickly becoming aware that they were being played and turning the tables on O’Keefe in spectacular fasion. A Politico story this month on O’Keefe’s fortunes since that PR disaster called it “a point of no return in O’Keefe’s relationship with the media.”

With James O’Keefe this evening. You may have seen him in the news, gathers Acorns. And others.

That’s Enstrom’s cryptic message with the photo of O’Keefe taken somewhere near Lakewood on Saturday. With that, you now know as much as we do about O’Keefe’s latest trip to Colorado! But if history is any guide, what he’s doing in our state will be apparent to everyone soon enough.

We hope O’Keefe’s–and for that matter, Enstrom’s–reputation survives the trip.