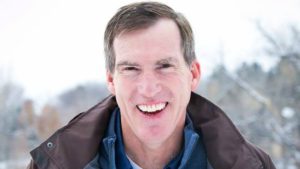 Ernest Luning has the story for the publication formerly known as the Colorado Statesman:

Judge Ross Buchanan accepted an agreement reached between Robinson and Secretary of State Wayne Williams allowing Williams to count 40 signatures his staff had previously determined didn’t match voter records. That was more than enough to make up the 22-signature shortfall Robinson had faced in the 2nd Congressional District…

…Williams said on Friday that 11,343 of the 17,391 signatures Robinson submitted were valid, but he missed the mark in the 2nd District, which includes Boulder and Larimer counties and climbs into the mountains along Interstate 70 to Vail.

The Robinson campaign and secretary of state staff agreed that 40 signatures previously ruled inadmissible met the “substantial compliance” standard upon closer examination and, in some instances, a little detective work.

The Colorado Secretary of State’s (SOS) office announced on Friday that Mitt Romney’s Nephew (Doug Robinson) had initially failed to make the Republican primary ballot for Governor. We wrote at the time that it was likely he would end up on the ballot after taking legal action, and it didn’t take long for the SOS and the Robinson campaign to reach an agreement. The deadline to certify the Primary ballot is Friday.