UPDATE: The Secretary of State’s office announced this afternoon that Democrat Donna Lynne made the ballot for Governor. Lynne barely surpassed the signature threshold in two congressional districts (1,556 in CD-4 and 1,586 in CD-6) and almost certainly would not have qualified for the June Primary were it not for SOS Wayne Williams’ decision to stop counting petitions for Democrat Jared Polis. 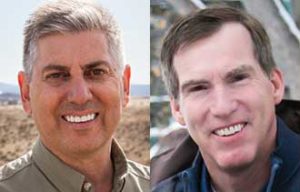 We wrote Thursday about the absolute mess of a process that candidates in Colorado must navigate in order to make it onto the June Primary ballot. Things are about to get a whole lot messier.

On Friday the Colorado Secretary of State’s office made some huge announcements about ballot access for four statewide Republican candidates. In the race for Governor, Victor Mitchell is on the ballot and Mitt Romney’s Nephew (Doug Robinson) is not.

In the battle for State Treasurer, Republican Polly Lawrence has been certified for the June Primary, while erstwhile frontrunner Brian Watson failed to make the ballot because of a shortage of signatures in Congressional District 2.

Today’s ruling is almost certainly not the last we’ve heard of Robinson and Watson. We would expect both candidates to file lawsuits, and we wouldn’t be at all surprised if both ended up making the ballot after a Colorado judge hears their case. These days, the key to making the ballot in Colorado is really about having enough money to hire an attorney.