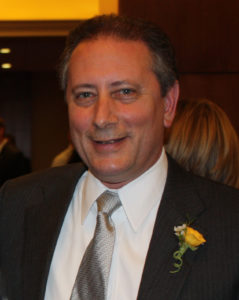 Today, Ginsburg is ending his campaign.

Ginsburg would have been the fourth Democratic candidate to attempt to petition his way onto the Primary ballot before today’s deadline; when Ginsburg wasn’t able to beat Lieutenant Governor Donna Lynne to the Secretary of State’s office, his campaign was likely dead.

Thanks in part to his ability to write big checks to his own campaign, Ginsburg held on as a candidate for longer than we would have expected. Ultimately, it seems that Ginsburg tired of hitting himself up for more money.

In an open race for Governor with no shortage of quality candidates, the little-known (politically, anyway) Ginsburg was always going to have trouble standing out in the crowd — particularly with his not-so-inspiring message — but he gave it a good run.