UPDATE: So as we understand it, Republican Colorado Senators find discussion of sexual matters in explicit terms offensive:

Apparently that outrage is a bit, you know, selective.

Yes gentle readers, things got very stupid very fast today! Sorry to transgress anyone’s conveniently sudden Mike Pence modesty, but our lawmakers are grownups, and sexual harassment is necessarily a grownup topic. Let’s go ahead and let grownups have the grownup discussions that are unfortunately necessary.

For example, there’s a resolution to expel Sen. Randy Baumgardner. 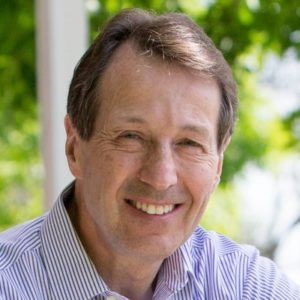 As the Denver Post’s Jesse Paul reports, the daily barrage of bad press over the GOP-controlled Colorado Senate’s refusal to punish three Republican Senators who have been credibly accused of sexual harassment has finally provoked a response from Republicans.

A response that has us sincerely wondering who, if anyone, is in charge over there:

A Democratic state senator’s graphic speech last week on sexual harassment at the Colorado Capitol is drawing anger from across the aisle, with Republicans criticizing his explicit language and expressing alarm over the male lawmaker’s presence in a women’s restroom.

The legislator, state Sen. Daniel Kagan, D-Cherry Hills Village, said he made an honest mistake — once — last year as a freshman member of the Senate when he entered an unmarked bathroom. He says Republicans are trying to deflect from sexual harassment allegations against their own.

“They’re more than overblowing it,” Kagan said in response. “They are trying to make a zeppelin out of it. This was an innocent mistake and it is really beneath the dignity of the Senate to start trying to, firstly, misrepresent, or should I say, lie, that this happened more than once … and to try and blow it up like this is reprehensible.”

Grantham called Kagan’s trip to the microphone “hypocrisy” and his remarks “despicable.” People came to him after the remarks, visibly shaken and emotionally upset over what they heard, Grantham said.

“This is coming from an individual who is known to habitually frequent the women’s restroom,” he said.

Senate Minority Leader Lucia Guzman, a Democrat from Denver, said in a statement Monday: “Last year — his first in the Senate — Sen. Kagan accidentally used the wrong bathroom near the Senate floor. These bathrooms are unmarked and do not say ‘men’ or ‘women’ on their doors, so it’s common for people new to the Senate to enter the wrong one by mistake.

“There is absolutely no equivalence to Sen. Baumgardner using his position of power to repeatedly, physically harass a legislative aide. This accusation is a shameful attempt by Republicans to distract from very real incidents of sexual harassment at the Capitol.”

The Post story includes photos of the exterior doors to the two bathrooms located near the Senate in the Colorado Capitol. It’s a correct statement that neither of the two bathrooms are identified as gender-specific, or for that matter as bathrooms at all. It’s a mistake that anyone could make once, which is all Kagan claims occurred. If Republicans have any evidence that Kagan used the wrong bathroom “habitually,” they didn’t make it available for reporters today. And given the nature of the allegation, they should have.

And that’s where this contrived outrage breaks down for Senate Republicans. What we have here is a situation in which a Democratic Senator is accused of offending fellow Senators’ sensibilities by graphically discussing sexual harassment after multiple Republican Senators have been accused of committing sexual harassment–and escalating with a lurid kicker that may actually be slanderous.

Not only does this fail to absolve accused Republicans, it demonstrates to us they don’t have a clue how bad any of what they’re doing looks. It makes some sense if you consider that Senate President Kevin Grantham have been in a bunker mentality for weeks now over credible, thoroughly investigated allegations of sexual harassment against at least three members of his caucus. When you’re in the depths of a public relations nightmare, any deflection seems good at first glance.

But this tawdry smearing of Sen. Kagan does not get Randy Baumgardner or “Handsy” Jack Tate off the hook.