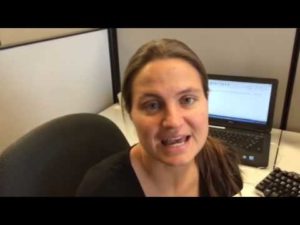 As the battle in the Colorado legislature once again heats up over a bill to create a paid family leave program for Colorado workers akin to what exists in California and and several other forward-thinking states, we were struck by a recent column from Megan Schrader of the Denver Post editorial board on the subject that helps illustrate why the pace of change on a broad range of issues can be so agonizingly slow. It’s a lesson applicable to many settings, but Schrader’s self-defeating logic on the FAMLI bill is remarkable for its expenditure of words in the service of…well, nothing:

Lawmakers in Colorado are considering the FAMLI Act, which would create a $568 million to $1.6 billion income tax to fund paid family leave benefits for working Coloradans who are dealing with a long-term illness or caring for a sick family member, a newborn or newly adopted child.

The bill has been considered before and is modeled after a 0.9 percent income tax in California, in place since 2004, that offers several weeks of partially paid leave to employees.

Both programs are intended to operate like short-term disability insurance policies. In Colorado, to avoid required voter approval for tax increases, the mandatory employee payroll deduction would disingenuously be called a “premium.” I’m not buying that — voters should have the say on what is obviously a huge tax increase…

Last fall as Gov. John Hickenlooper prepared to call a special session of the legislature to address a glitch in a major fiscal bill that was costing special tax districts millions of dollars in tax revenue, Schrader wrote a column agreeing with Republicans that the glitch couldn’t be legally fixed under the 1992 Taxpayer’s Bill of Rights without a statewide vote. But then Schrader went on to complain to Republicans:

Nitpicking over this interpretation of TABOR, at this time, does not support their cause.

Do we really want a government so crippled by technicalities that it cannot fix a simple mistake without going to a vote of the people?

The thing of it is, Schrader was the one doing the “nitpicking”–or at least validating the Republican position before weakly coming around at the end and saying their politics are misplaced. Of course, no Republican bothered to read past the part where she told them they are right–and Schrader’s column was used to justify their actions even though way down below the fold, it really didn’t.

…but that doesn’t mean the FAMLI Act is bad public policy. [Pols emphasis]

Again we see the exact same formula. Schrader declares the solution now up for debate to solve the problem unworkable–then proceeds to pay lip service to the need for a solution! Again, no Republican reading this column is going to care about her arguments in favor of the FAMLI bill as good policy. They’re going to stop cold where she calls the bill “disingenuous” and says “voters should have the say.”

Bottom line: Megan Schrader was wrong when she insisted the pot tax glitch could only be fixed by a vote of the people. Even Republicans have moved past that argument and are passing legislation to accomplish the goals of the special session. We believe that given recent Colorado Supreme Court decisions on TABOR’s narrow language that the FAMLI insurance program is perfectly constitutional as well.

And at the end of the day, this maddening habit of Schrader’s to trash specific solutions with Republican talking points, then contradict herself by validating the problem, does everyone a disservice. The only thing accomplished is obstruction, and the only ones happy don’t even agree that there is a problem to solve.

In that case, it might be better to not write a column at all.