Worst Ballot Initiatives Ever Coming in 2010? 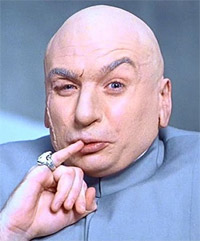 A trio of initiative petitions being circulated in Colorado would slash at least $1 billion annually in state taxes, roll back property taxes statewide and dramatically limit government’s ability to construct new buildings.

The three initiatives, besides having similar themes of limiting government, also share what appear to be common connections to former state Rep. Doug las Bruce, R-Colorado Springs, the father of the Taxpayer’s Bill of Rights in the state constitution…

Bruce, who made headlines recently after being cleared on a trespassing ticket issued when he was circulating petitions outside a Colorado Springs Costco, refused to speak to The Denver Post.

“I don’t want to talk to you. Goodbye,” he said when reached by telephone on Friday.

Initiative 10 would, over four years, slash vehicle registration fees, which lawmakers raised this year, to just $2 for new vehicles and $1 for older ones. It would reduce the state’s income tax from its current 4.63 percent to 4.5 percent by 2011, decreasing annually to a low of 3.5 percent. And it would eliminate all taxes and fees on cellphones, pagers, landline telephones, cable, satellite and Internet services, except for current 911 fees…

Initiative 12, meanwhile, is aimed at property taxes. Though legal experts say its intent is not entirely clear, it is believed it would “re-Bruce” local school districts whose voters opted out of TABOR limits, and repeal a 2007 mill-levy freeze law that kept property tax rates from falling.

Finally, Initiative 21 would prevent governments from using certificates of participation. These financial instruments essentially are leaseback arrangements where the state can buy back the buildings it constructs over years of payments.

Apparently Doug Bruce and his friend, lobbyist-turned-crackpot Freda Poundstone, have decided that “starving the beast” takes too long–let’s just shoot it instead. Slash taxes that already can’t keep pace with basic needs? “Re-Bruce” school districts that already “de-Bruced” through a vote of the people? Strip away one of the only tools Treasurer Cary Kennedy has left to keep capital construction projects going? Like some diabolical comic book villain, whatever will do the most damage appears to have been the goal. And they’re evidently serious about getting these on the 2010 ballot–have you already been hit up at your local supermarket?

It’s very simple, really: pass these initiatives, and Colorado is a failed state. It’s our opinion that no responsible elected official, Republican or Democrat, would be able to conscionably support anything so inherently destructive, even if they do manage to resonate with the fringier parts of the conservative base–so it will be interesting to see if any decide to.