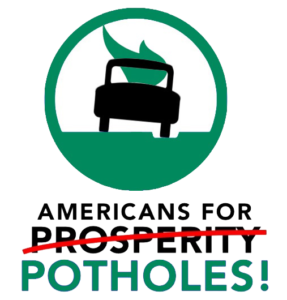 While nearly everyone in Colorado is working on how to solve our challenges, the Koch-funded extremists at Americans for Prosperity are actually suggesting we reduce — or completely eradicate — our income tax at a time when General Fund expenditures are at nearly recessionary levels as a share of our economy.

Among their recently released priorities, we find this nugget: “Colorado’s Taxpayer Bill of Rights (TABOR) is a crown jewel of state policy and has been one of the primary reasons the state’s economy is among the strongest in the country, despite lacking other advantages like a right-to-work law or no income tax.”

Wait a minute. Play that back: “Despite lacking other advantages like…no income tax”?

This has to be one of the most irresponsible ideas we’ve ever seen proposed in Colorado, but its one that AFP seems to be recklessly importing here. Just this week, Sens. Grantham and Sonnenberg passed their proposal to reduce state income tax out of committee.

Clearly, AFP isn’t paying much attention to the reality of what’s happening in our economy and the role shrinking public investment is playing in Coloradans’ inability to get ahead.

Here are just a few of the ways Colorado is failing families:

Education: Per-pupil funding and teacher compensation are at the bottom of national rankings. Parents have to pay for full day kindergarten and only the 13 percent of families eligible for the Child Care Assistance Program actually see the benefit. Half our school districts have been forced to cut back to four-day school weeks.

Health care: There are enough Coloradans in financial distress that 25 percent of us qualify for Medicaid. The Colorado Futures Center finds the state’s changing demographics and a faster rate of inflation on the cost of care for older enrollees — who are not part of the Medicaid expansion — will place tremendous pressure on Medicaid over the next 12 years. One out of every five Medicaid dollars will be spent on adults over age 65, according to these estimates.

Higher Education: Student debt has skyrocketed over the past decade, in a fashion paralleling the rising tuition costs families must bear due to state underfunding. The Colorado Department of Higher Education reports 67.4 percent of students who graduate with a four-year bachelor’s degree from a Colorado public institution have debt, with an average amount of $25,877. Unfortunately, Colorado’s state financial support for public postsecondary education is lower now than it was in 2000-2001 when adjusted for inflation, both in the total amount of funding and on a per-Colorado-student basis.

Housing: Twenty-eight states have dedicated public revenues to fund affordable housing, but Colorado is one of only 10 states that doesn’t have consistent funding streams despite one of the worst affordable housing problems in the nation.

And then there’s transportation. We clearly need to update the dedicated revenue stream for our roads. The gas tax, worth only a fraction of what it was 20 years ago, funds a large portion of transportation needs, but Americans for Prosperity seems determined to use transportation as the blunt instrument to choke off funding for all other needs in the state. AFP’s only proposal to solve this, bonding from existing revenue, a) thumbs its nose at TABOR by denying Coloradans a vote, b) crowds out all of these other urgent priorities, c) doesn’t actually solve transportation, because it only makes a small dent in an enormous need.

Above all, it’s critical to understand the 1992 Taxpayer’s Bill of Rights (TABOR) has had nothing to do with Colorado’s economic gains. They have happened in spite of, not because of TABOR. The only thing TABOR has done has been to hamper our ability to prepare for the future and even out the economic growth we’ve seen. Specifically, TABOR has made it harder to invest in critical services Coloradans need, like housing, child care, education, and yes… even transportation.

It’s time for everyone in Colorado to understand just how extreme Americans For Prosperity’s agenda really is. This is a hardline organization that has demanded Republicans kill their own proposals, and publicly humiliated any Republican who shows good faith on fiscal policy. AFP ignores the uneven economic growth in our state, and proposes cutting or even eliminating our largest funding stream — the income tax — for no reason other than to fulfill the ideological goals of out-of-state billionaires.

It’s time for Colorado to say no to the Koch brothers once and for all.