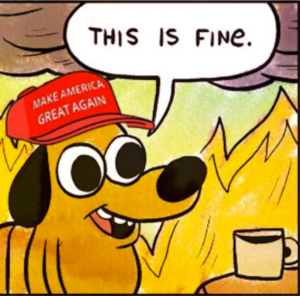 ABC News reporting from an interview with Sen. Cory Gardner of Colorado yesterday, in which Gardner makes assurances to undocumented immigrants presently covered by the Deferred Action for Childhood Arrivals (DACA) program that we don’t think he has any ability to guarantee:

“I don’t believe anybody is going to be deported,” [Pols emphasis] Gardner told ABC News’ Chief White House Correspondent Jonathan Karl and Political Director Rick Klein on the “Powerhouse Politics” podcast, of the formerly-protected undocumented immigrants brought to the U.S. as youths. “There’s not going to be this mass deportation on this. That’s first and foremost. Please know that Congress is working very hard to solve this.”

Gardner worries about the 800,000 people that are in the midst of turmoil and fear because their legal status is set to run out on March 5. The Trump administration has announced the U.S. would end in March the Deferred Action for Childhood Arrival which would bring an end to the temporary protection extended to these undocumented migrants.

Gardner joked that the number of senators at the negotiating table keeps changing so it should be called the “Gangs of Prime Numbers.”

In typical slippery Gardner style, he undercuts his initial strong statement that “I don’t believe anybody is going to be deported” by saying right after that there won’t be “mass” deportations–a significant yet also conveniently vague qualifier. What Gardner leaves out of this rosy forecast is the fact that thousands of DACA beneficiaries have already lost protection after their authorizations expired after Trumps’s announcement of the program’s ending and were not renewed. Here’s the estimated number of young people who have lost DACA protections since September 5, 2017 (counter via the Center for American Progress):

If you combine this reality with the bellicose language used by many Republicans not named Cory Gardner during the recent shutdown battle–including President Donald Trump–that Democrats were “shutting the government down for illegal immigrants,” and continued resistance by a large percentage of Republicans to any compassionate solution, it’s very difficult to take comfort in Gardner’s casual promise that ‘nobody is going to be deported.’ To DACA beneficiaries who have been losing their protections from deportation for months now as Republicans have dickered and argued amongst themselves, Gardner couldn’t sound more out of touch. And now that Republicans have fought off a determined attempt by Democrats to force the issue, how can anyone say the outlook has improved?

We’re not saying it’s impossible for Gardner to deliver on the promise he made here, notwithstanding any individuals for whom that’s already too late. What we’re saying is that it’s a very big promise, and he is not in control of the many waypoints along the way to keeping this very big promise.

And it’s never a good idea to make a promise you don’t know for sure that you can keep.