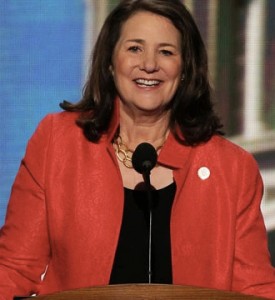 The Denver Post’s Mark Matthews reports on Rep. Diana DeGette of Denver’s revelations yesterday that she was sexually harassed by ex-Rep. Bob Filner, the San Diego Democrat whose career imploded after leaving Congress under allegations of serial sexual misconduct:

U.S. Rep. Diana DeGette said Monday that she is among the many women who have been sexually harassed while serving in Congress — telling MSNBC that former U.S. Rep. Bob Filner of California groped her while the two Democrats were in an elevator.

“Some years ago, I was in an elevator and then-Congressman Bob Filner tried to pin me to the door of the elevator and kiss me and I pushed him away,” said the Denver lawmaker in an on-air interview…

“When these advances happen, they’re brushed under the rug,” DeGette said. “This is one reason why I think it’s so important that we update our House employment rules.”

A DeGette aide said the Colorado lawmaker did not file a complaint or take official action in either incident she mentioned.

The straightforward reason why Rep. DeGette would not have reported this incident is the fact that Rep. Filner was a much higher-ranking member than herself. In an environment where such incidents were routinely swept under the rug, the controversy caused by reporting the offense could well have had its own negative impact on her career. That’s an explanation reporters have gotten from women in Colorado who have been subjected to sexual harassment in the General Assembly as well. In the end, the negative consequences of standing up for one’s self over sexual harassment are perceived to outweigh the offense.

All we can say to that is it should never, ever be that way. And hopefully one outcome of the present upheaval over sexual harassment across all levels of society is that survivors will never have to weigh the repercussions of seeking justice against their right to seek justice ever again.