We’re starting this Q3 review with the “Losers” side of the aisle, because the biggest news from the fundraising cycle is George Brauchler’s financial faceplant. Let’s get to it…

Once thought to be among the top Republican gubernatorial candidates in 2018, Brauchler’s stunning inability to fundraise will make it difficult for the Arapahoe County District Attorney to fund even a basic Primary campaign at this point. Brauchler raised $190,696 in his first quarter as a candidate, which is a pretty measly sum considering all of the low-hanging fruit that should be available to pluck, but he barely raised half of that amount in Q3.

It’s difficult to imagine that Team Brauchler could have envisioned a worse scenario than the $98,846 in contributions that his campaign reported. To put this number in perspective, consider that Republican gubernatorial candidate Walker Stapleton pulled down more than $69,000 in just the first two weeks of October, as Ernest Luning reports for the publication formerly known as the Colorado Statesman. For some historical perspective, consider that over the same period in 2013, former Republican legislator Greg Brophy (ironically now a Brauchler supporter) raised about $93k in his bid for governor; Brophy went through the caucus process six months later and failed to even make it onto the ballot.

Joe Salazar
Salazar all but ended any chance of winning the 2018 Democratic nomination for Attorney General by raising just $20,152 in Q3. The Adams County legislator announced his long-rumored campaign for AG back in March; seven months later, his cash-on-hand total sits at less than $13k. Salazar was outraised more than 3-to-1 by Democratic candidate Amy Padden, who just entered the race in July and is virtually unknown in Democratic political circles. Salazar didn’t need to be the top fundraiser in the field because he theoretically has more of a grassroots base than the other Democratic AG candidates, but you simply cannot run a functional statewide campaign with so little money.

Steve Lebsock
State Rep. Steve Lebsock is the only Democratic candidate for State Treasurer in 2018, but probably not for long. Lebsock raised $12,360 in Q3. The only reason Lebsock reports having $12,715 in the bank is because he also claims $15,210 in non-monetary contributions. 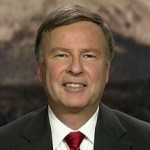 Republican Candidates in CD-5 (Colorado Springs)
Incumbent Republican Rep. Doug Lamborn is once again facing a Primary challenge in 2018, with state Sen. Owen Hill and 2016 GOP Senate nominee Darryl Glenn looking to take over his safe Republican seat. If fundraising is any measure of how this race will play out, we could be looking at a three-way tie for last place. Lamborn raised just $72,125 in Q3, compared to less than $68k for Hill and $12,600 for Glenn. The combined fundraising totals of Lamborn, Hill, and Glenn don’t even match the $165,437 raised by Democratic candidate Joe Neguse in CD-2 (Boulder).

Democratic Candidates in CD-4 (Northeast Colorado)
This line in a press release from Democrat Karen McCormick tells you everything you need to know:

Having raised $50,835.27 in her first two quarters, McCormick has now raised over three times the amount of her closest Democratic competitor and has developed an insurmountable lead in the race to determine which Democrat will face Ken Buck in November, 2018.

Cynthia Coffman
Incumbent Attorney General Cynthia Coffman is still widely rumored to be running for Governor in 2018 instead of re-election, but she has money troubles either way. Coffman raised $10,600 for her AG account in Q3, leaving her with a total of $42,070 that could be used for re-election or transferred to a campaign for Governor. Coffman has a lot of ground to make up for whatever statewide office she chooses to pursue in 2018.

Check out our Q3 fundraising Winners after the jump… 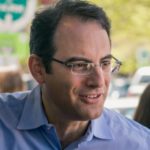 Phil Weiser
The Democratic Attorney General candidate continues to set fundraising records. In two full quarters as a candidate, Weiser has raised $724,371 and ends Q3 with just less than $680k in the bank. These are astounding numbers for a candidate for Attorney General with so much time left to go before the election, particularly when you consider that incumbent Republican Cynthia Coffman has a cash-on-hand total of $42,700.

Tom Tancredo
Former Congressman Tom Tancredo is considering making another run for Governor. If he enters the race, his road to winning a potential GOP nomination got a lot smoother with Brauchler’s terrible fundraising performance. Tancredo and Brauchler have a similar voter base, so the Tanc may have blanched at a 2018 run if Brauchler could have flexed his fundraising muscles in Q3. But now? Not so much.

Walker Stapleton
Stapleton didn’t formally announce his candidacy for Governor until late September, so we won’t have a better idea about his fundraising efforts until the Q4 reports are available in January. The good news for Stapleton, however, is that no Republican gubernatorial candidate raised a significant amount of money in Q3. Stapleton will have little trouble rising to the top of the GOP pack in Q4. 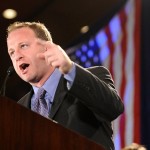 Democratic Gubernatorial Candidates
Every Democratic candidate for Governor in Q3 raised at least twice as much as the next closest Republican candidate. It is likely that Super PACs and independent expenditure committees will collectively account for most of the money spent on the 2018 gubernatorial race, but the financial disparity between Democratic and Republican candidates is stunning. Also worth noting: Democrat Jared Polis is already buying up television advertising time as part of the $424,069 he spent in Q3 (most of which came out of his own pocket).

Jena Griswold
No other candidate for Secretary of State – ever — raised more money in their first full fundraising quarter than Griswold pulled down in Q3. Griswold reported raising $86,304 with a cash-on-hand amount of $77,328 – nearly $30k more than incumbent Republican SOS Wayne Williams has banked thus far.

Polly Lawrence
Lawrence shot to the top of the money list in her first full fundraising quarter as a Republican candidate for State Treasurer. Lawrence raised $90,300 and ends Q3 with $61,801 cash-on-hand. The latter amount is more than the other four Republican candidates have in the bank combined.

Jason Crow
Crow is one of three Democrats seeking to take out Republican Rep. Mike Coffman in CD-6, and after another strong fundraising quarter he looks to be pulling away from his Primary opponents. Crow raised $220,556 in Q3, giving him a total cash-on-hand amount of just less than $400k. Crow has banked nearly twice as much money as his two Democratic opponents combined.