George Brauchler Falls Off a Cliff

UPDATE: Via reporter Ernest Luning, attempts to shine this turd did not go well: 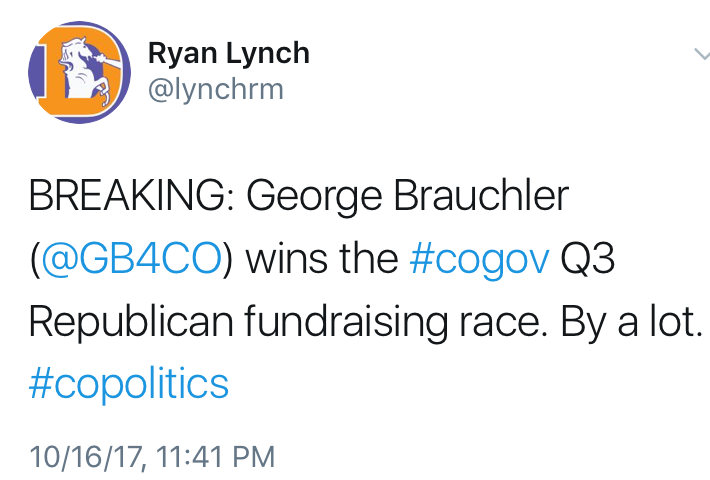 While Brauchler’s campaign manager Ryan Lynch boasted in a tweet early Monday about the 18th Judicial District attorney winning the quarter with a $98,846 haul, the tweet disappeared later in the morning after Michael Fortney, Stapleton’s campaign manager, asked in a tweet why Lynch was “trying to spin” the modest haul. After spending $68,842 during the quarter, Brauchler had $173,970 in the bank. (Lynch told Colorado Politics he deleted the tweet because it was meant as a preliminary message in advance of the campaign’s statement.) 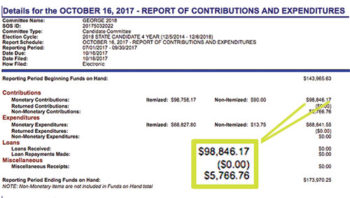 It is difficult to come up with a more appropriate reaction to the Q3 fundraising numbers posted by Republican gubernatorial candidate George Brauchler late Monday night. Brauchler’s campaign reported a stunningly-awful $98,846 in contributions for the fundraising period between July-Septembe.

If you were sketching out a worst-case scenario for Brauchler’s Q3 fundraising report, failing to reach $100,000 in contributions would have most certainly been at the top of that list. Getting hit by a bus would be about the only thing that might have qualified as worse than raising just $98,846. Brauchler’s paltry Q2 fundraising haul of $190,696 looks positively gargantuan in comparison.

Brauchler now has $173,970 in the bank, which is absolutely awful for a candidate who was supposed to be one of the top Republican candidates of 2018. By comparison, Democratic Lieutenant Governor Donna Lynne raised $384,335 in only two months, and she doesn’t have anywhere near the name ID of the Arapahoe County Attorney General. Brauchler’s candidacy already had plenty of problems, but this disastrous fundraising performance may well mark the beginning of the end for his gubernatorial hopes. There is no spin required here; failing to hit triple digits is preposterously terrible. 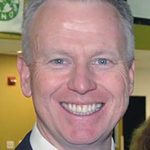 Brauchler supporters may try to say that it is still early in the race, but that’s not reality for a candidate whose only path to the June Primary ballot lies in making it through the caucus/assembly process. This isn’t about whether or not Brauchler will have enough money to pay for an effective advertising campaign — at this rate, Brauchler is barely going to have enough money to run a functional campaign at all. Brauchler’s campaign needs to be staffing up by the end of this quarter and opening offices around the state if he is going to have the organization to succeed at the GOP state convention, and it’s difficult to see from here how he might be able to pull that together.

These Q3 fundraising numbers will also go a long way toward convincing Tom Tancredo to jump in the race for Governor, which would be particularly awful for Brauchler. Any concerns Tancredo might have had about harming the chances of a Republican like Brauchler are largely irrelevant now that Brauchler has proven to be so inept as a statewide candidate.

We’ll have much more commentary on the Q3 fundraising numbers later today, but it’s safe to say that no other report will reverberate quite as much this turd from Brauchler.