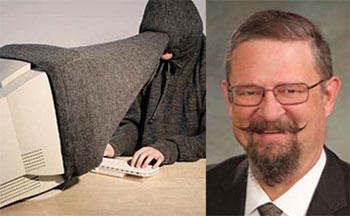 “There are no bad ideas, just bad decisions.”

You’ve probably heard a variation of that quote at some point in your life, and there are plenty of examples to back it up. The “Privacy Scarf” was an actual (bad) idea that someone once had for a new product. Fortunately, nobody ever made the equally-bad decision to invest money in the mass production of this product.

Where you really get into trouble in life is when you follow up a bad idea with a bad decision…which brings us to Colorado Republican lawmakers and next week’s “special session.” Two weeks ago, Governor John Hickenlooper called for a “special legislative session” so that lawmakers could make a quick fix to an inadvertent error from the 2017 legislative session, and Republicans are now pledging to not do their jobs.

To briefly recap the situation, a key bipartisan fiscal stabilization bill (SB17-267) was passed this year and signed into law to protect rural hospitals from possible closure. Unknown to either its Democratic or Republican sponsors, the bill contained a drafting error that has had the effect of eliminating marijuana sales tax revenues collected by special tax districts around the state – two of the better examples being Denver RTD and the Denver metro’s Scientific and Cultural Facilities District (SFCD), which includes the Denver Zoo and the Museum of Natural History; RTD alone stands to lose millions of dollars in uncollected revenue between now and when the legislature reconvenes in January. Rural hospitals and transportation districts also face significant revenue losses.

As John Frank writes for the Denver Post, these revenue shortfalls necessitate a quick fix to the problem that can’t wait for the legislature to reconvene in January:

The sense of urgency in certain parts of the state is what prompted Gov. John Hickenlooper to call state lawmakers back into a special session to fix legislation that mistakenly exempted retail marijuana from sales taxes in nine special districts around the state.

But not all share the same outlook. The leaders of the Republican-controlled state Senate made clear they plan to adjourn the special session without passing legislation to fix the glitch. [Pols emphasis]

Republican lawmakers, led by Senate President Kevin Grantham, are all bent out of shape over the idea of the special session. The GOP’s opposition here is more about hurt feelings than anything else, with Republican leaders complaining that Hickenlooper didn’t do enough to consult them before calling the special session.

What Republicans cannot do with a straight face is pretend that this is a problem that doesn’t need fixing; state Sen. Jerry Sonnenberg was already preparing legislation on the matter. On Friday, Hickenlooper called out Republican lawmakers over their stubborn refusal to work with Democrats to address the problem, as Brian Eason reports for the Denver Post:

“What do they benefit? (How) does the conservative principles of the Republican Party benefit?” Hickenlooper said. “The only people who really benefit are the marijuana smokers and fundraising support of the Republicans.

“This is turning into a political circus,” he added. “It defies logic, from my perspective.”

Are Republicans really going to show up for the special session on Monday and essentially just refuse to do their jobs? Approval ratings for the Republican Party recently hit an all-time low, in large part because people are fed up with the GOP’s inability to get anything done; yet here again Republicans are preparing to hand Democrats another stick to beat them with in 2018? This kind of boneheaded decision could prove fatal for the re-election hopes of someone like state Sen. Beth Martinez Humenik, who is already on record opposing the original legislation.

This debacle for Grantham and friends is similar to how someone like Sen. Cory Gardner ends up paralyzed on healthcare reform because he is terrified about what a couple of big donors are saying. Republicans seem to be so completely beholden to a handful of interest groups that they can no longer even register the tar pit right in front of them.