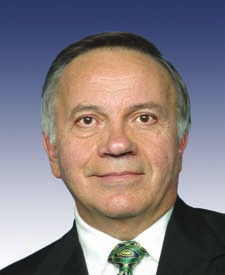 As Ernest Luning reports for the publication formerly known as the Colorado Statesman, two-time gubernatorial candidate and former Congressman Tom Tancredo has re-affiliated himself with the Republican party in advance of a potential third bid for governor in 2018:

If former U.S. Rep. Tom Tancredo decides to jump into Colorado’s Republican gubernatorial primary, there’s one step he won’t have to take. Tancredo changed his registration from unaffiliated to Republican two weeks ago “just in case,” he told Colorado Politics, although he said he’s still weighing whether to get in the race.

As we noted in this space last month, Tancredo is actually well-positioned for another run at the state’s top job:

Tancredo’s star may have faded a bit here in Colorado, but he still has a nationwide anti-immigrant fundraising base — as well as a platform as a columnist for Breitbart — that has been re-energized by President Trump and the events in Charlottesville, VA earlier this month. Tancredo also has an independent streak that could bring crossover appeal; he was a vocal supporter of Amendment 64 (marijuana legalization) in 2014, which gives him a credibility on that issue that other GOP candidates can’t match.

The math is certainly in Tancredo’s favor when you also consider that there could be as many as 10 Republican candidates vying for the GOP nomination next summer. With such a huge field of candidates, Tancredo doesn’t need to excite a majority of Colorado Republican voters in order to become the GOP nominee; in fact, he might already have the 15-20% of Republicans that it would take to get him over the top and into a General Election.