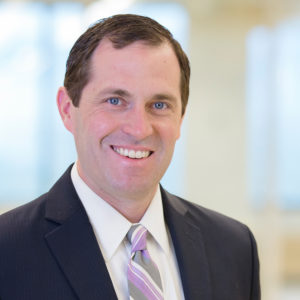 With every Trump Tweet, Democrats seemingly become more emboldened about their chances in 2018. Whether sensing opportunity or stoking the fires of their own growing anger with the White House and an inept Republican Congress, Democrats in Colorado have had little trouble finding candidates for the most high-profile races in the state.

Three Democrats are running for the opportunity to take on Rep. Mike Coffman (R-Aurora) in CD-6, a seat that Dems have been perpetually optimistic about capturing ever since redistricting changed the boundaries in 2012. While the slate of candidates may not yet be complete, with each passing week Democrat Jason Crow seems to be pulling further and further away from the rest of the pack. Today, Crow’s campaign announced that it has secured two more significant endorsements that should play big dividends in a Democratic Primary: former Interior Secretary Ken Salazar and state Senator Irene Aguilar.

Crow’s solid Q2 fundraising numbers and a steady stream of notable endorsements have given him plenty of momentum over the other two Democrats in the race (Levi Tillemann and David Arrestad). We’ve got a long way to go here, of course, but surrogates for the incumbent Coffman have already demonstrated that Crow is the Democrat who concerns them the most in 2018. If Crow can keep up this momentum, we’re likely to see that General Election matchup heating up one year from now.