UPDATE: As Politico reports, Senate Republicans aren’t really getting close to coming up with a plan anyway:

Republicans felt somewhat buoyed by Wednesday’s White House meeting and late-night senators-only gathering, which left them feeling as though they’re making progress and that nearly every GOP senator is trying to get to yes.

But the math is increasingly working against them, with four Republican senators having announced opposition to starting debate — though the bill could further change — and more unannounced but likely nos. Key Senate Republicans were set to meet again on Thursday afternoon, said Sen. Dean Heller (R-Nev.), a critic of the GOP’s latest approach. But Heller won’t be there and said he’d said staff in his place.

Sen. John McCain’s diagnosis of brain cancer also has the GOP one vote down, or at least leaves a huge question mark regarding whether the beloved Arizona Republican would be able to make the trip back to Washington. And Heller said at a GOP lunch on Thursday, there was no clarity from GOP leaders on what the party would even be voting to debate next week.

“We didn’t have a firm commitment at lunch today,” Heller said. “We still can’t figure out what the first amendment is going to be after the motion to proceed.” 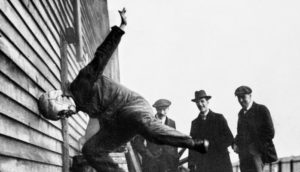 The Congressional Budget Office (CBO) today released a score on another version of healthcare legislation proposed by Senate Republicans. You’re forgiven if you are starting to find this all a little redundant.

About 22 million people would lose health insurance coverage in the next decade under the most recent revision of the Senate’s ObamaCare replacement bill, according to a new Congressional Budget Office analysis.

Because the legislation retains two of ObamaCare’s taxes, the CBO estimates it would reduce the deficit by about $420 billion by 2026.

The number of uninsured is essentially unchanged from the original draft of the legislation released last month. It’s also far more than the uninsured rate under the Affordable Care Act. [Pols emphasis]

Premiums would rise under the legislation until 2020, when they would be about 30 percent lower than under the current law. But most older people would still face higher premiums than younger people, the CBO said.

Notably, the CBO did not score an amendment added to the bill by Sen. Ted Cruz (R-Texas) that would let insurers opt out of ObamaCare regulations as long as they also sell ObamaCare-compliant plans.

This newest CBO score, experts say, isn’t really worth much because it doesn’t include the Cruz amendment. Without addressing the Cruz amendment, the new-but-not-really-improved-BCRA would be about as devastating to American families as the original version that was scored in late June.

Senate Republicans now have three different CBO scores on three approaches to healthcare legislation — including a score released on Wednesday for a repeal-but-not-replace bill that would leave 32 million Americans without healthcare and would double premiums for just about everybody. The BEST CASE SCENARIO legislation from the Senate GOP would lead to 22 million people losing healthcare access.