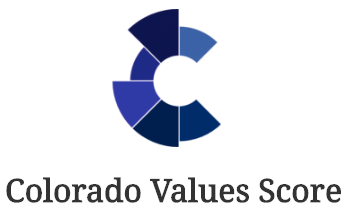 “The organizations releasing scorecards today work on behalf of an overwhelming majority of Coloradans who want to see their leaders fight for a fairer, more just, and vibrant Colorado,” said Ian Silverii, Executive Director of ProgressNow Colorado. “Coloradans can use these scorecards to evaluate whether lawmakers voted in support of the issues they care most about, or put the far-right fringe and wealthy special interests first.”

“There were consistent themes throughout all of the scorecards,” continued Silverii. “While there were important compromises on critical issues this session, the Republican-controlled state Senate killed many other important bills that would have greatly helped Colorado’s economy, environment, and public health. Despite the progress made this year, several elected officials received failing grades on all of the scorecards–including Senators Tim Neville and Kevin Lundberg, and Representatives Justin Everett, Tim Leonard, Kim Ransom, and Stephen Humphrey.”

For a compilation of each group’s score for every member of the Colorado General Assembly, visit coloradovalues.org. Links to groups’ scorecards can be found at:

The following are quotes from representatives of organizations releasing scorecards today:

“We believe it is the duty of our state legislature to pass laws that protect good jobs and help working people sustain their families. Legislation that allows corporations to exploit workers, destroy good paying jobs, or limit our ability to speak up together for better working conditions hurt our state’s economy. Our scorecard helps Colorado union members understand which legislators work to uphold the values of Colorado’s working families.”

“Votes are a reflection of values and priorities. This scorecard clearly shows those who strongly value public education and those who do not. The public needs to know if their state senator and representative is serious about providing our students the schools they deserve regardless of their ZIP code. Public schools across Colorado are not adequately funded and are facing teacher shortages. Every voter should see the scorecard and use the information to elect officials who will stand with their communities to find solutions to these significant challenges.”

“The 71st General Assembly witnessed some of the most xenophobic bills our state has seen in the past decade,” said Alex Alvarado. “The Republican caucus unsuccessfully attempted to pass off hateful and divisive rhetoric as mainstream immigration policy. We saw many Republicans, especially Representative Dave Williams and Senator Tim Neville, push and extreme anti-immigrant agenda, threatening the values of strong families and inclusive communities.”

“Coloradans consistently say that one of the primary reasons they choose to live in our state is a clean environment and our outdoor way of life. This year, the General Assembly made several advances to protect our land, air, water, and communities, including extending a popular program that saves consumers and businesses on energy costs and helping schools test for lead in their drinking water. But intransigence and ideological opposition on the part of several members of the legislature kept important work from being accomplished, including funding our transportation system, improving our state parks and wildlife areas, and keeping oil and gas development away from where kids play at school.”

“We don’t just need allies, we expect pro-choice champions – and our scorecard reflects that. This year was encouraging in some ways, including the passage of proactive birth control legislation and a reproductive freedom House Resolution. And even as the Trump Administration continues to attack reproductive rights at the federal level, we fought for and protected women’s health care in Colorado, including abortion rights and birth control access. The family leave bill, one of our core reproductive rights principles, made it further than it ever has before – which means we will keep fighting until it passes.”

“In 2017, 75% of Colorado’s representatives and senators took at least one vote in support of LGBTQ Coloradans and their families. Unfortunately, Republican leadership in the Colorado Senate continued to successfully block efforts to protect transgender Coloradans and LGBTQ young people this session. One Colorado will continue to hold Colorado’s elected officials accountable for their votes on these important issues.”

“Our scorecard provides information to Coloradans about their legislators’ votes on reproductive health and education. Coloradans want to maintain access to safe and legal abortion, and not legislators wasting time trying to interfere in women’s personal health care decisions. On a positive note we finally saw a pro-women’s health bill pass, one that will allow women to pick up their annual supply of birth control at once. It is bills like this that truly represent Colorado values, where women can get the health care they need, when they need it. Unfortunately, Colorado’s legislature again saw out-of-touch anti-women’s health bills – five this year alone. We will continue to fight these horrible bills and stand up for Coloradans’ reproductive rights.”