Senator Cory Gardner (R-Yuma) has ascended to a leadership position in the U.S. Senate…but you wouldn’t know this based on his response to the blockbuster news on Tuesday that President Trump had fired FBI Director James Comey.

Gardner is the Chair of the National Republican Senatorial Committee (NRSC), making it his responsibility to make sure that Republicans maintain their Senate majority through 2018. Gardner is one of 13 white dudes designated by Senate Majority Leader Mitch McConnell to craft the Senate GOP version of healthcare legislation. Gardner serves on some powerful committees in Washington D.C., including the Committee on Foreign Relations (he is the Chairman of the Subcommittee on East Asia, The Pacific and International Cybersecurity Policy).

Gardner is also one of the most reliable pro-Trump voters in Congress, which means his opinion is a good barometer of how an unapologetic Trump supporter might react to big news out of the White House. In other words, Gardner’s response to Comey’s firing is more than relevant, particularly here in Colorado. 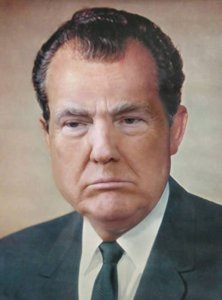 Gardner did his best to avoid commenting on the Comey situation when the news was breaking on Tuesday — though not because of a lack of effort from local media outlets — but he broke his silence on Wednesday morning with a very bland statement focusing more on who should be hired as the next Director of the FBI:

Controversy? About Comey? What controversy? Let’s just focus on finding the next FBI Director and forget about all of this other stuff, shall we?

Interestingly, Gardner’s duck-and-dodge statement is quite a bit different from what he told Dan Caplis on 710 KNUS on Wednesday morning. Notice how Gardner’s response changes when he knows he is speaking to a generally-conservative audience on KNUS radio:

“I do think there’s a very high level of politics around this, though.  I mean, if you go back to the fall, Chuck Schumer said, ‘I don’t have confidence any longer in Director Comey.’  And he said that his behavior was appalling. He said that — ripped into him and basically said that he should be fired. And so, those who were for his firing are no longer for his firing, and those who were against his firing…

This is just…Again, it’s politics, and it’s sick. And I’m tired and saddened that the American people have to deal with this.” [Pols emphasis]

You see, Sen. Gardner is sick and tired of having to answer questions about whether or not it was appropriate for President Trump to fire the person who was in charge of investigating allegations of collusion with Russia during the 2016 campaign. Nothing to see here, folks, just move along!

But if you take a look at some of the comments made by other top Republican officials in response to the Comey news, you can see that Gardner’s “aw, shucks” reaction is quite the outlier. There aren’t many other Republican leaders who are joining Gardner in pretending that this whole thing is just one big political beef.

It has been widely reported today that Comey was seeking more resources for his investigation into Russian ties to Trump before he was fired. Meanwhile, at the White House, Trump has been posing for pictures with Henry Kissinger (no, seriously) and Russian ambassador Sergey Kislyak (we’re not making this up). The “Tuesday Massacre” story isn’t going away anytime soon, and a betting man would put money on the idea that it will get a lot worse for Trump — and Republicans — before this is over.

During one of the darkest times in modern American history, let the record show that Senator Cory Gardner merely shrugged.