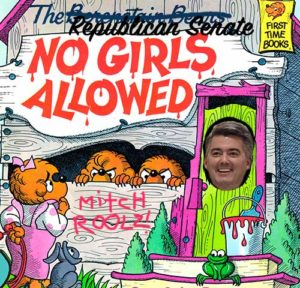 Colorado Sen. Cory Gardner (R-Yuma) will play a significant role when the U.S. Senate tackles Trumpcare 2.0. As the New York Times reports, Gardner is one of the 13 Republican Senators chosen by Senate Majority Leader Mitch McConnell who will tackle crafting the next iteration of Trumpcare:

…the Senate majority leader’s decision to create a 13-man working group on health care, including staunch conservatives and ardent foes of the Affordable Care Act — but no women — has been widely seen on Capitol Hill as a move to placate the right as Congress decides the fate of President Barack Obama’s signature domestic achievement.

But Mr. McConnell, with only two votes to spare, could find that the Senate’s more moderate voices will not be as easily assuaged as the House’s when a repeal bill finally reaches a vote. Republican senators like Susan Collins of Maine, Lisa Murkowski of Alaska and Bill Cassidy of Louisiana may prove less amenable to appeals for party unity and legislative success when the lives and health of their constituents are on the line…

…The Senate Republican working group on health care includes the party’s top leaders, as well as three committee chairmen and two of the most conservative senators, Ted Cruz of Texas and Mike Lee of Utah.

Mr. McConnell’s decision to include himself and his top three lieutenants — but not Ms. Collins, Ms. Murkowski or more junior women Republicans like Deb Fischer of Nebraska and Shelley Moore Capito of West Virginia — speaks volumes about his direction and has raised eyebrows.

Senator Susan Collins of Maine seemed rather perturbed about the makeup of the Senate working group when she spoke with ABC News on Sunday. “Well, the leaders obviously chose the people they want,” said Collins to ABC’s George Stephanopolous:

Sen. Susan Collins: “Unlikely” those with pre-existing conditions will get same or better coverage under House bill https://t.co/6wky9z1Wab pic.twitter.com/QQFfHRuIr3