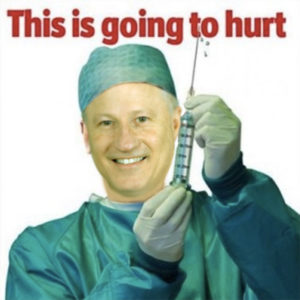 UPDATE #3: Rep. Mike Coffman’s updated statement–we can now confirm he’s either a yes or a no.

“Recently proposed changes to marginally increase funding for high-risk pools in the American Health Care Act just throw money at a failed policy idea. Coloradans have experience with high-risk pools from before the Affordable Care Act, and it doesn’t work. Before the ACA, Coloradans trying to access our high-risk pool got stuck on waiting lists for coverage, faced higher premiums and limits on coverage, and couldn’t get the care they needed. This only flushes money down the drain and removes protections for people with pre-existing conditions.”

“What’s worse is that Colorado’s Representative Mike Coffman has forgotten his promise to Coloradans with pre-existing conditions to protect them. Time and again, he has promised to maintain these protections. However he has flipflopped and now says he will support the American Health Care Act that waives pre-existing condition coverage and guts $14 billion from Colorado’s Medicaid program leaving 600,000 Coloradans without coverage and a gaping hole in our state budget. The bill makes insurance less affordable while giving giant tax breaks to millionaires and insurance and pharmaceutical CEOs.”

“An additional $8 billion doesn’t magically make high-risk pools work, and Coffman, as a fiscal conservative, should know better than to throw money at a failed idea. Republicans in the House can do all the backroom vote-trading they want; their bill will still harm millions of people in America and hundreds of thousands of Coloradans, and this bill breaks the promise to protect people with pre-existing conditions.”

“This isn’t what people in America or Colorado want. It is time for the GOP to drop this crazed fixation on repeal — and move on.”

UPDATE: Minority Leader Nancy Pelosi calls out the latest version of “Trumpcare” as a sham:

We’ve added this mostly because we know how much Rep. Mike Coffman worries about her.

The latest in the rapidly-developing story as Republicans make another attempt to repeal the Affordable Care Act–Rep. Mike Coffman of Colorado, who has alternately promised to repeal Obamacare wholesale and more recently to protect Americans with pre-existing medical conditions while he does, is apparently near the persuasion point on a yes vote for the latest version of the bill. Politico:

Reps. Fred Upton (R-Mich.) and Billy Long (R-Mo.), whose defections this week rattled rank-and-file Republicans, emerged from their session with the president and said that an amendment to add $8 billion to help cover people with pre-existing conditions would return them to the “yes” column on the bill…

The last-minute talks appeared to pay dividends with some fence-sitting moderates in the House. Shortly after Upton and Long’s White House visit, Rep. Mike Coffman (R-Colo.) said in a statement that if House leaders “work to tighten” protections for people with preexisting conditions, he would support the bill. [Pols emphasis]

Unfortunately, the $8 billion concession on the table is by most estimates not nearly enough to cover the need. The go-to mechanism for covering Americans with pre-existing conditions in this new bill, particularly in red states who would opt out of the ACA’s protections, remains “high risk pools” and other troubled programs that were eliminated by the ACA’s guaranteed-issue requirement.

With Republicans only a few votes away from the House majority they need to move the bill on to the Senate, Coffman’s next move is being anticipated. On both sides. Very, very nervously.

We’ll update as events warrant, which they undoubtedly will.