UPDATE: Real Clear Politics’ James Arkin has more quotes from Gardner during the repeal debate in the U.S. Senate:

“They have no strategy, they have no message,” Gardner told RCP during the votes. “They’re flailing around and it comes down to using silly political amendments to help America remember that they support Obamacare. They are doubling down on Obamacare tonight. What you will see are red state Democrats voting for Obamacare.”

…For Gardner’s part, he argued the GOP would put forward a replacement, and it would be incumbent on Democrats to support it. “[If] they oppose it and decide they would rather have nothing rather than a replacement, this is not going to work out well for them.”

Heads up, local reporters! If you’re hoping to get quotes from Colorado’s junior Sen. Cory Gardner, who presided this week over the initial votes to repeal the Affordable Care Act, a.k.a. Obamacare, he was sighted moments ago in downtown Denver headed for the Colorado state capitol. Pics or it didn’t happen is the rule, so: 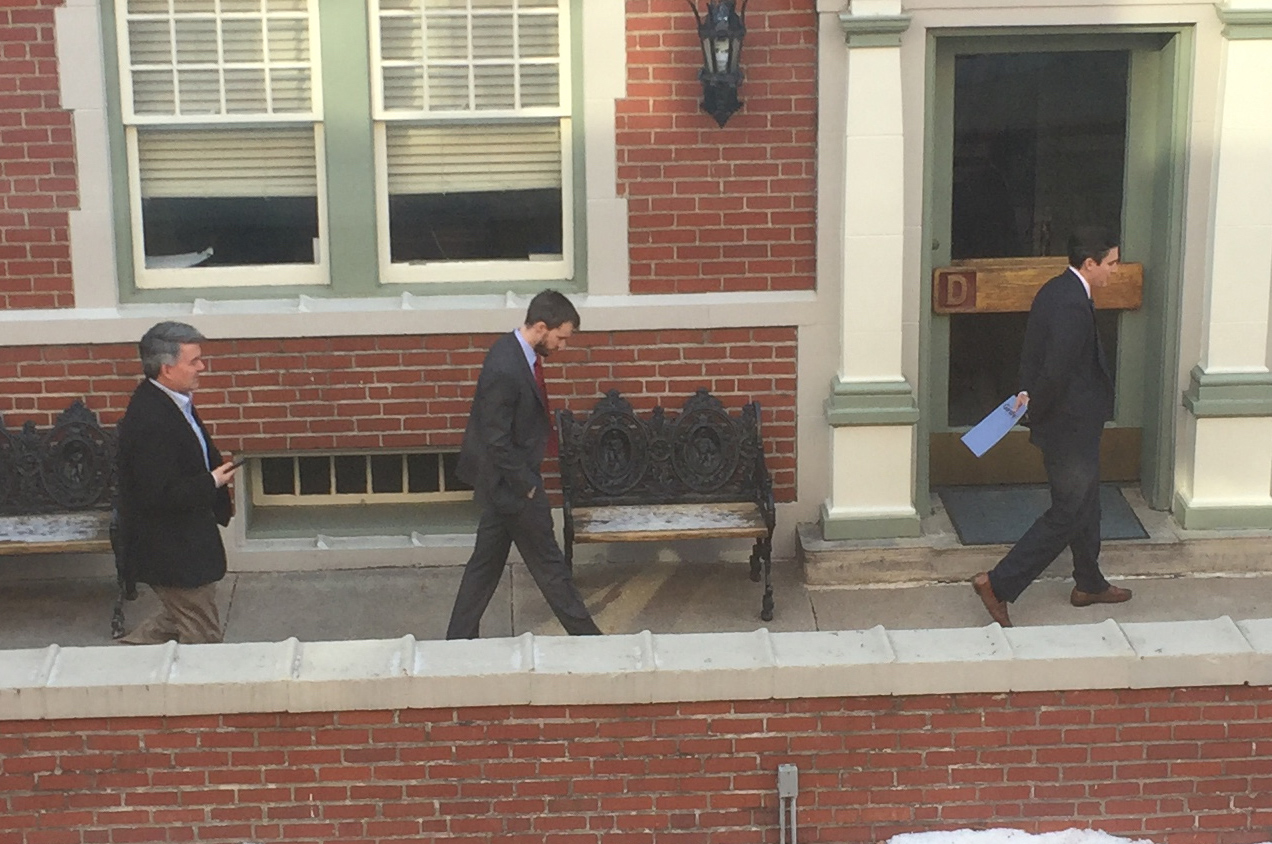 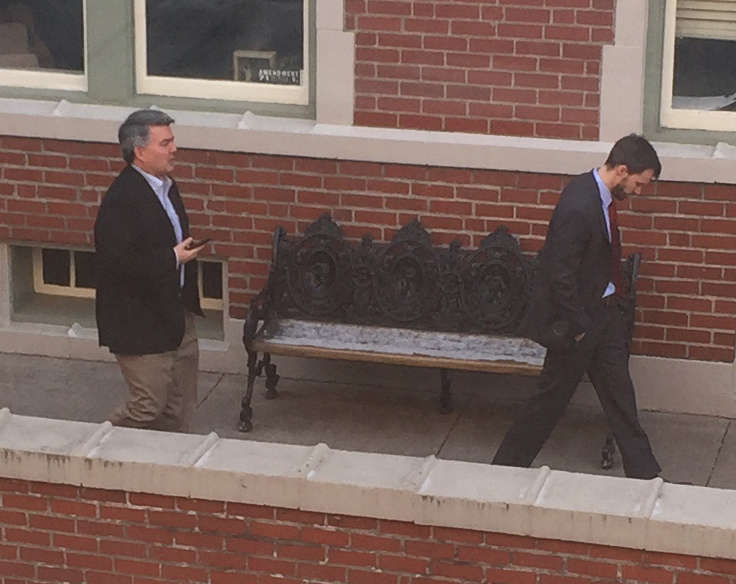 We don’t know what his schedule is, but we sincerely hope it includes some press avails. We’re happy to report that the Denver Post’s Mark Matthews finally got some Gardner quotes added to an AP wire story about the repeal votes, giving locals a precious little morsel of feedback as Gardner embarks on sweeping changes to a program affecting millions of Americans:

Ahead of that vote, U.S. Sen. Cory Gardner, R-Colo., described the Affordable Care Act as a “disaster for Colorado” in an interview with The Denver Post — citing a slew of healthcare plans that were canceled in the state following the law’s adaption in 2010.

Despite the cancellations – often due to new rules set by the Affordable Care Act — the number of Colorado residents without health insurance fell by more than half between 2011 to 2015: from nearly 15.8 percent to 6.7 percent, according to the Colorado Health Institute.

Much of that drop is due to an expansion of Medicaid under the law. Gardner said he had concerns about the growth of that program and wanted Congress instead to pursue a private-sector approach. [Pols emphasis]

“I think consumers are much better spending their own dollars than any government ever could be,” he said.

That’s some important content buried well below the lede of this story: Matthews correctly explains that the rate of uninsured dropped dramatically in Colorado under the ACA, at the same time Gardner was deceptively grandstanding about “cancellations” which were in fact notices to renew to ACA-compliant policies. This is critical to understand because when Gardner signs on to a GOP “replacement for Obamacare” that very likely throws large numbers off the insurance rolls, he’s going to compare that to his “cancellations” that really weren’t cancellations.

The second highly notable point inserted into this story is Gardner’s stated desire for a “private-sector approach” to address the growth of Medicaid. Mack in March of 2014, then-Politico reporter Manu Raju wrote about a meeting between then-Rep. Gardner and a woman on a breathing tube who told Gardner that Medicaid has literally “kept me alive.”

“We got to protect Medicaid,” Gardner told her. [Pols emphasis]

Right after this, Raju reported, Gardner said he opposed the Medicaid expansion that has protected thousands of Coloradans–perhaps even the woman in this story, a striking moment of hypocrisy among a multitude in 2014 that nonetheless didn’t prevent his election to the U.S. Senate.

Well folks, the time has come for Gardner to get what he wants. Let’s hope an intrepid reporter this weekend is able to have a conversation on the record about what that means.