Colorado Rallies To Save Obamacare While Cory Gardner Hides

A big protest in Denver was organized at noon today outside Sen. Cory Gardner’s offices on 17th Street, calling on Colorado’s junior Senator to back off his promises to repeal the Affordable Care Act. Photos via the Twitters: 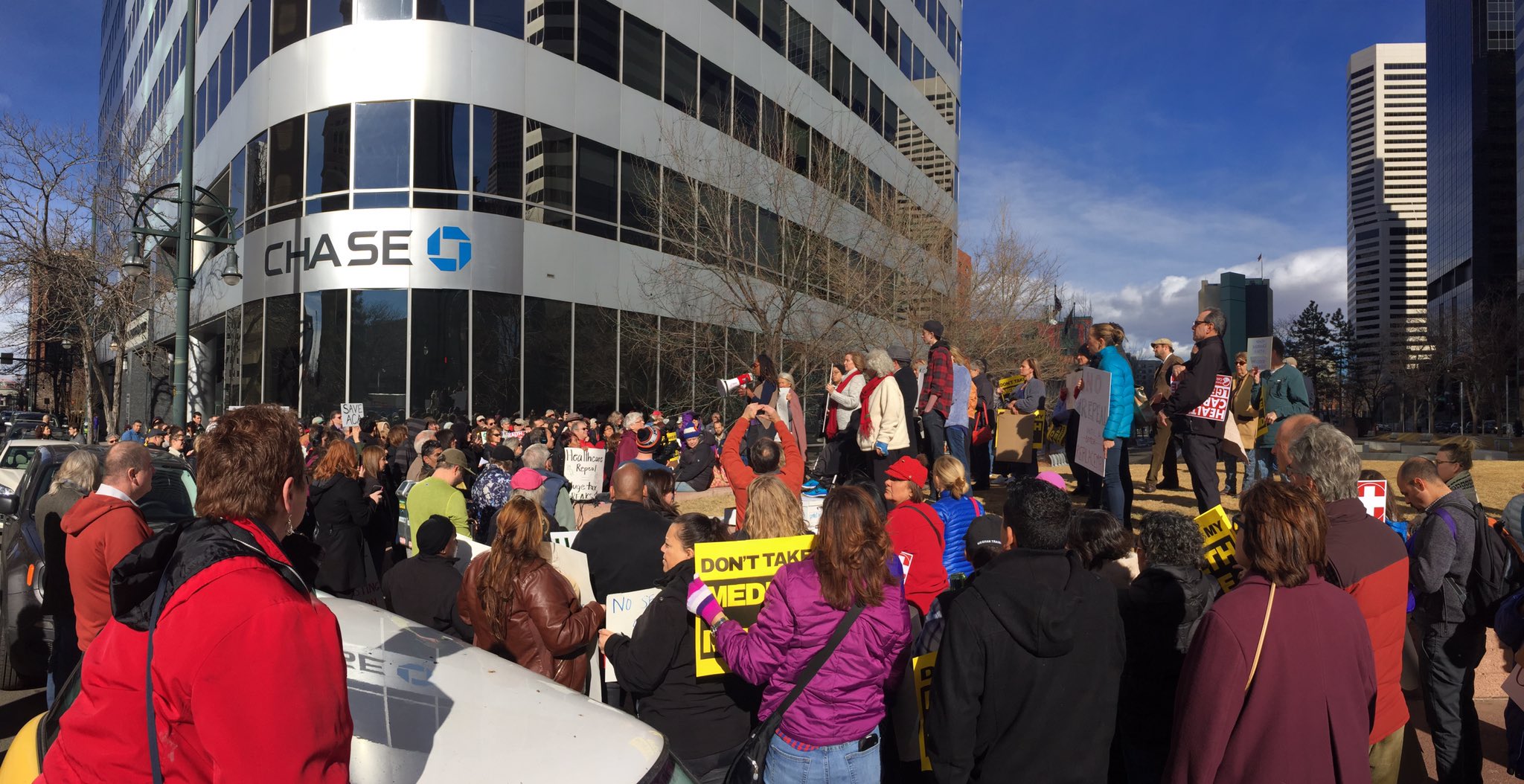 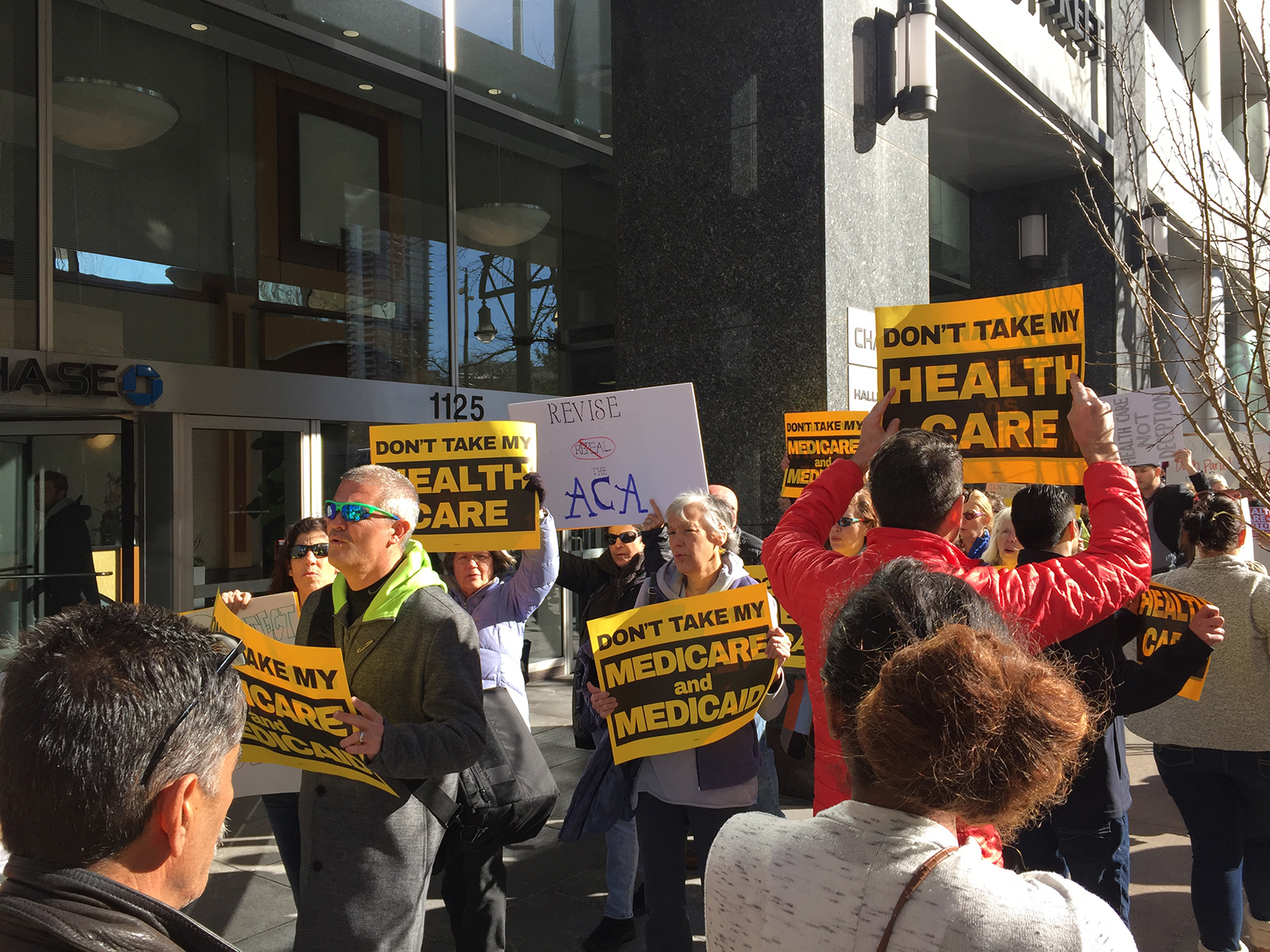 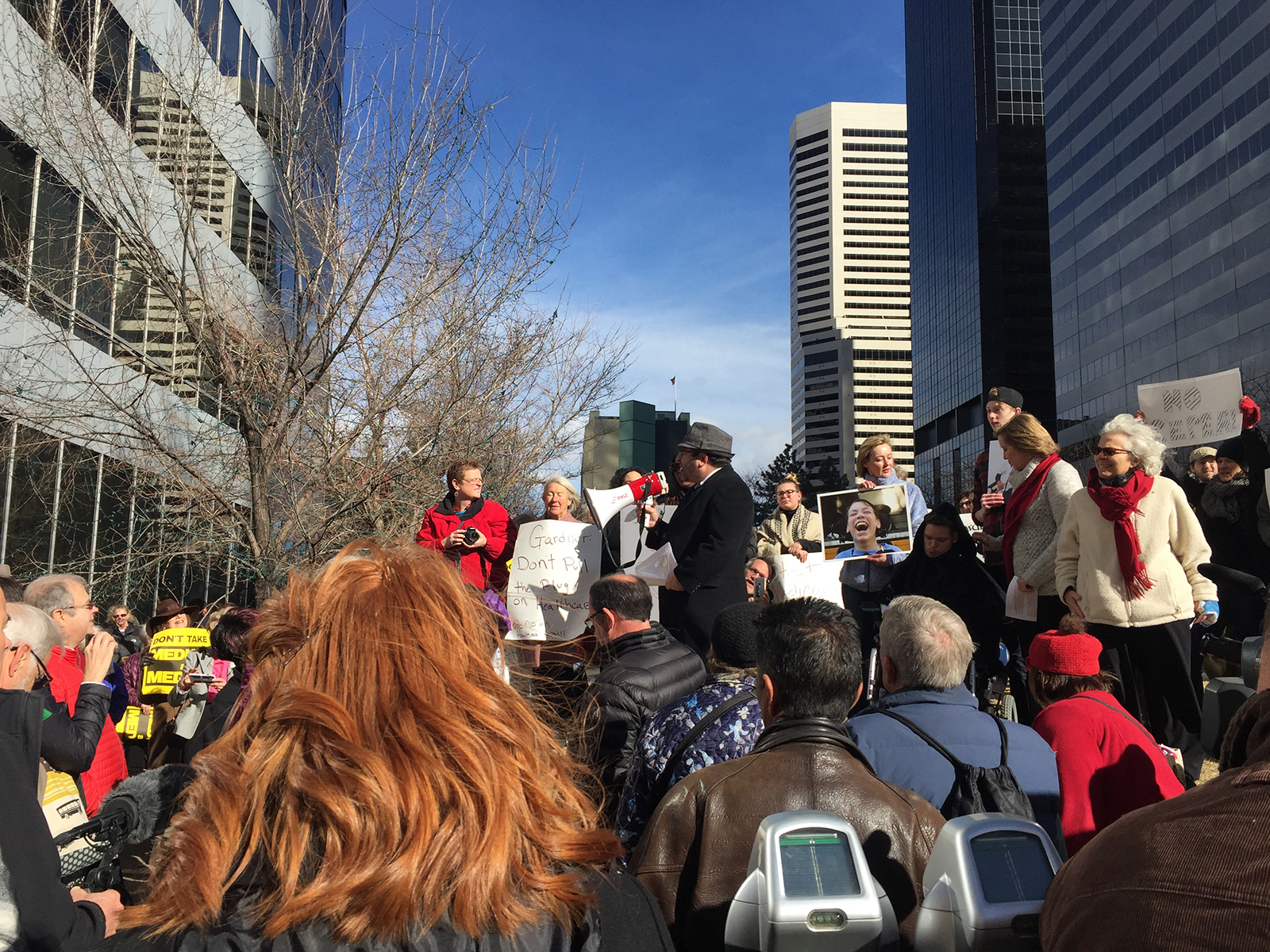 And another healthy (pun intended) crowd at Gardner’s Greeley office: 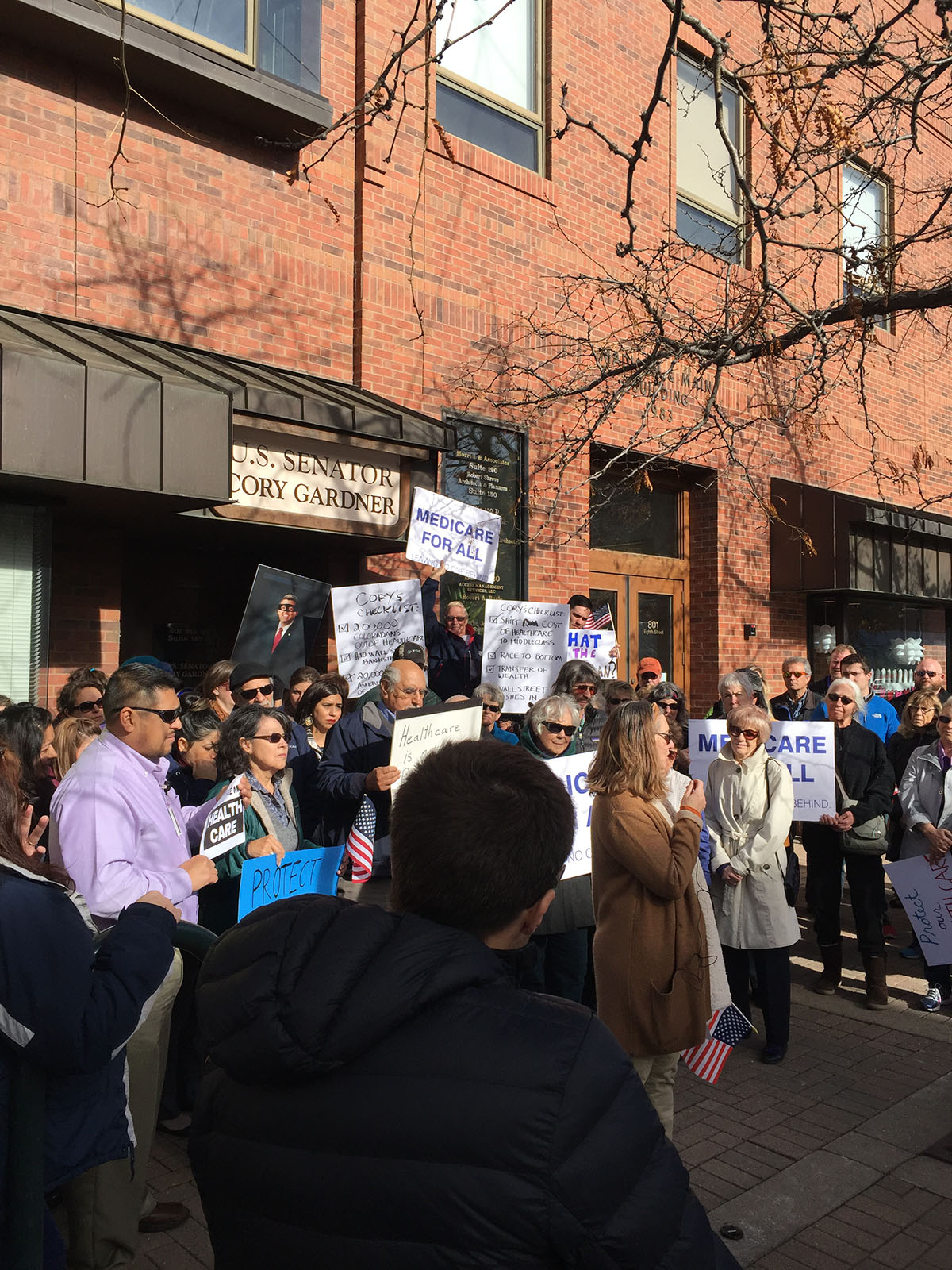 But based on the response Gardner had for Sarah Kliff of Vox in Washington today:

I asked Sen. Cory Gardner of Colorado if the GOP replacement plan would cover as many people as ACA. He promptly turned around, walked away.

It appears Sen. Gardner doesn’t know what to say! Like so many in his party struggling with a dogmatic vow to “repeal Obamacare,” regardless of what that would actually mean for their constituents, suddenly the reality of what Republicans have promised is now upon them.

And it makes them want to hide.