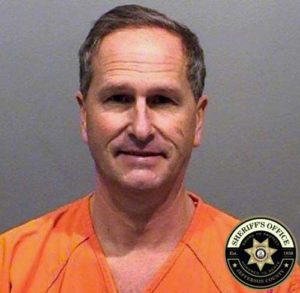 State Rep. Tim Leonard (R-Evergreen) is at the State Capitol today as the legislature officially convenes for the 2017 session. The accommodations under the Gold Dome are (probably) considerably more comfortable than where Leonard was biding his time three weeks ago, when he was finishing up a 14-day jail sentence in Jefferson County.

From everything we hear, a majority of Republicans at the state legislature would like Leonard to resign — nobody really wants to be associated with the first sitting legislator in at least 40 years to spend time in jail — but Leonard has no plans to give up his seat in the near future. House Minority Leader Patrick Neville is a personal friend of Leonard, so there is no immediate pressure from GOP leadership, either. Since Leonard is likely stay right where he is for the time being, you might think he would be eager to keep his head down and do a little reputation cleansing. 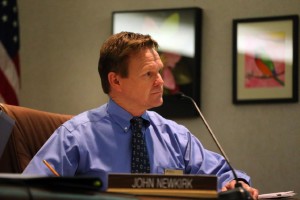 Leonard’s paid legislative aide at the State Capitol is a name you may recognize: John Newkirk.

Yes, this is the same John Newkirk who was booted off the Jefferson County School Board in a 2015 recall election.

In short, a state lawmaker who just spent time in jail has hired a legislative aide who was recently kicked out of a different office by essentially the same group of constituents that Leonard represents. This seems like a bad idea.

Newkirk is independently wealthy and doesn’t really need the $12.50 per hour wage paid to legislative aides, so it would make sense that this is being orchestrated so that Newkirk can eventually try to take over Leonard’s seat in HD-25. Leonard isn’t likely to resign from the legislature, but that doesn’t mean he plans to run for re-election in 2018 (not that we would blame him — this video alone would run on a loop for months).

Keep an eye out for this pairing as the legislative session grinds along. Leonard-Newkirk is Colorado’s bizarro Batman and Robin.