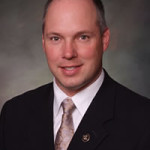 Control of the State Senate in 2016 appears as though it will be decided in SD-25 (Adams County), where Republican Rep. Kevin Priola is battling Democrat Jenise May for an open seat being vacated by the term-limited state Sen. Mary Hodge (D-Brighton).

Republicans have directed most of their financial resources in the last week toward SD-25 in hopes of propping up Priola’s sputtering campaign. Nevertheless, voter turnout numbers through Monday show Democrats with a nearly-2,000 vote lead in SD-25.

From everything we hear, Democrats appear to be in pretty good shape in the other two top-targeted State Senate races in SD-19 (Arvada/Westminster) and SD-26 (Cherry Hills). So long as Democratic voters turn out in decent numbers today, Democrats will net a one-seat advantage here (pickup in SD-19 and hold in SD-26), which would erase the one-seat lead for Republicans in the current State Senate makeup.

If May is able to hold of Priola in SD-25 today, Democrats should regain control of both chambers of the state legislature.

No pressure, or anything.