This is just another example on the never-ending list of how wrong Trump is for Colorado and our values. From not being able to articulate a plan for protecting our public lands to saying he would appoint an oil executive to the Interior Department and now this, Trump couldn’t be positioning himself further away from being a leader who will champion and support our Colorado way of life. It’s clear that oil companies and special interests will benefit the most from a Donald Trump presidency, not everyday Coloradans. 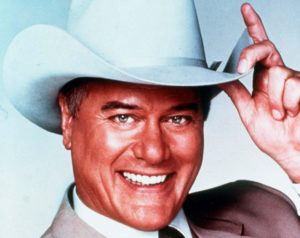 Politico’s Elana Schor reporting from the 80s-chic office towers of the Denver Energy Center downtown, where Republican presidential candidate Donald Trump spent this morning assuring the movers and shakers in Colorado’s energy industry that he’s on their side:

Donald Trump huddled Tuesday with oil and gas executives in Colorado, expanding his outreach to an industry that has seen its influence grow in the Republican nominee’s campaign after some early missteps.

Trump told the industry he would reduce regulations, in contrast to the approach of President Barack Obama and Democratic nominee Hillary Clinton. Safety and environmental rules are necessary, Trump told the executives, according to a pool report, but there are also “regulations that are totally unnecessary and put people out of work.” He apparently did not get into specifics in the 10 minutes reporters were allowed to stay in the room…

It seems that even behind closed doors with our local J.R. Ewing set, Trump is still firmly implanted in his own special bubble:

Trump’s meeting in Denver comes as two polls this week showed Clinton with an 11-point lead in Colorado. Trump brought up polls of the state and told the oil executives “we’re doing really well,” according to the pool report. [Pols emphasis]

Do tell! But speaking seriously for a moment, Trump’s off-the-cuff remarks about how local voter control over oil and gas drilling might be a good thing, like most Republicans usually say about “local control,” really hasn’t sat well with Colorado energy interests who find the ever-accommodating Colorado Oil and Gas Conservation Commission’s oversight just fine thank you! A surrogate’s assurances that Trump didn’t really mean it haven’t helped calm jangled nerves on the subject. Might Trump’s whimsy-driven “populism” turn and bite them in the backside someday?

Relax, you’ve got nothing to worry about, oil guys! Because Trump is doing really well.