My Free Speech Zone: From Sea To Shining Sea 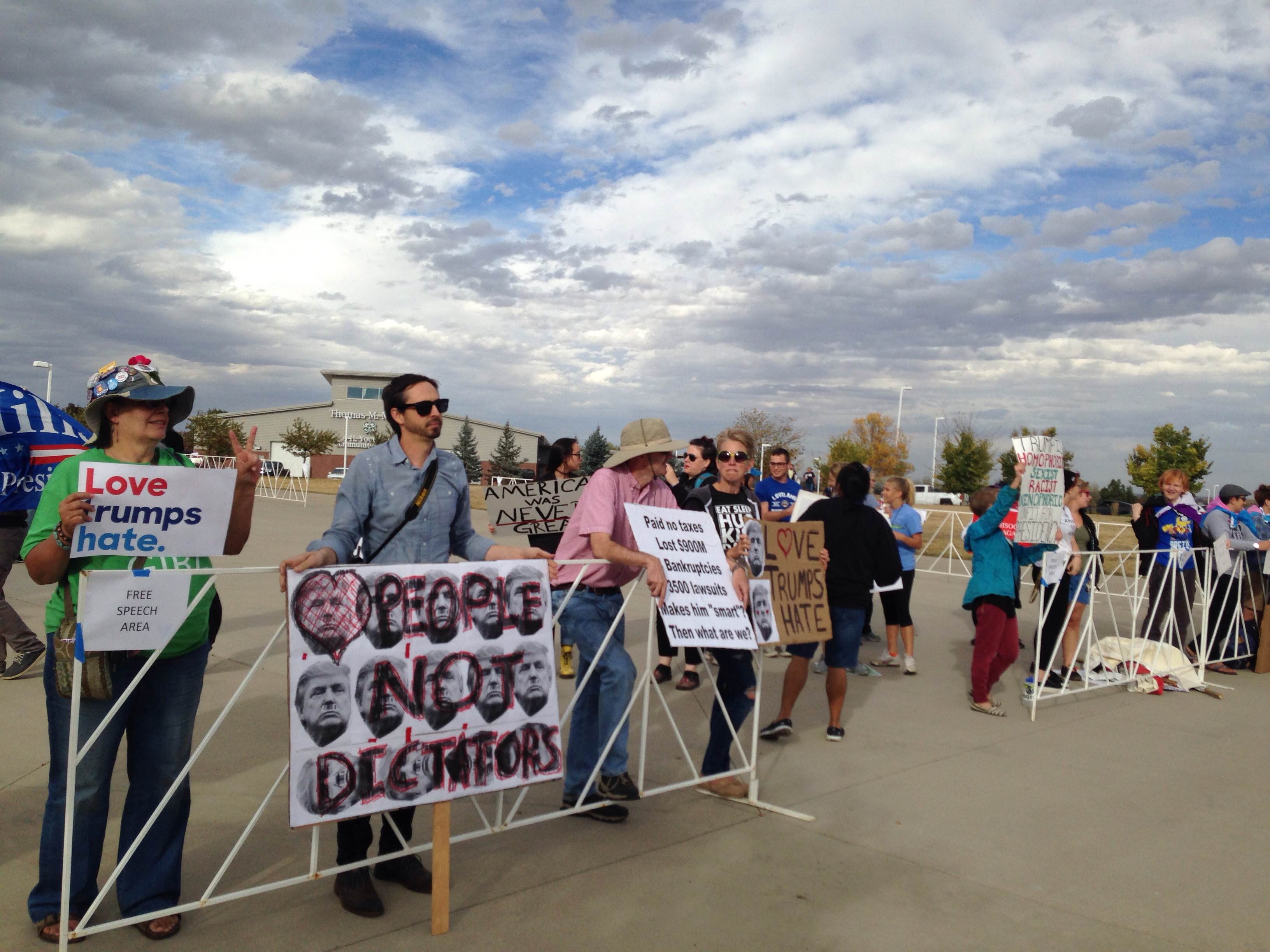 Yesterday afternoon, I headed north to Loveland to join a small but dedicated group of protesters outside Donald Trump’s rally at the Budweiser Events Center–located on the grounds of the The Ranch (Larimer County Fairgrounds).

Larimer County sheriff’s deputies escorted one protester from the Donald Trump rally in Loveland on Monday after he led people with signs out of an enclosed “free-speech area” to stand on the sidewalk so people driving past could see their signs.

Alan Franklin, political director with ProgressNow Colorado, as well as a handful of other protesters said the deputies and mounted members of the Sheriff’s Posse corralled them away from the curb, coming very close to them with their horses, and threatened arrest if they didn’t return to the fenced-off free-speech zone.

“I consider this to be a very big violation of the First Amendment,” said Franklin after he was kicked off the grounds of The Ranch events center complex. “These folks done screwed up.”

He was the only protester forced to leave, though others were threatened with arrest if they did not return to a designated free-speech area, which they did. 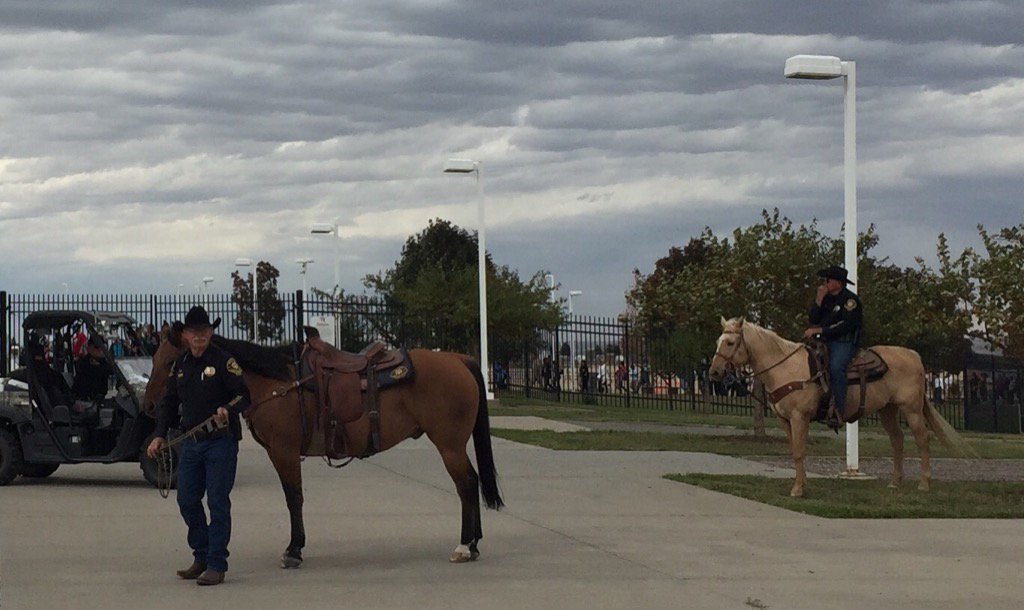 So, here’s the deal: unbeknownst to myself or other non Trump supporters who showed up outside his rally, the Larimer County Sheriff’s office had set up a “free speech area” completely removed from the scene. This small fenced-off area was 20 feet or more from the sidewalk next to the access road for the event, and so far from the line for rally attendees that a bullhorn wouldn’t even reach them.

This wasn’t an acceptable situation, so I proposed to the few folks then in attendance that we walk down to the sidewalk where more people could see us. Pamela Johnson picks up the story from there:

He and a handful of other protesters walked about 20 feet from the free-speech area to the sidewalk along the road that leads to the parking lots inside the events center complex. That is where deputies and posse members ordered them back to the protest area.

Several protesters said the officials told them they had to be in the designated area because it is on “private property” and “private public property,” which fired up Franklin. The protesters, he said, were being peaceful and not belligerent when deputies confronted them.

I don’t know about you, but I’m not really familiar with this concept of “private public property” the Larimer County Sheriff and posse kept insisting applied to our situation. I didn’t have a chance to discuss it with the deputy the posse called in, though, as apparently his only job was to enforce the “request” from the horse-mounted posse that I completely exit the “private property” of the Larimer County Fairgrounds.

But as it turns out, and as I explained to every cop on the scene that I was pretty sure of, that’s not right:

Deputies on scene would not explain why they asked Franklin to leave or answer the question of why they would say the county events center is private property. They referred inquiries to Sheriff’s Office spokesman David Moore, who said Sheriff Justin Smith would answer questions Tuesday.

County Commissioner Steve Johnson, however, when reached by phone, looked into the private-public property issue. The Ranch is public property, he said…

“So while I agree with the deputies’ actions and believe the time, manner and place of assembly can be regulated reasonably … the justification that it is private property, if that is in fact what they said, does not conform with our understanding,” Johnson said after consulting with County Attorney Jeannine Haag.

The problem is, the assertion we were on “private property” was the only pretext for ordering us back into the “free speech area.” No one was obstructing vehicle or foot traffic. The armed volunteer horse-mounted posse assigned to patrol the “free speech area” were openly hostile–they might as well have been wearing Trump buttons. The Sheriff deputy who threatened me with arrest for trespassing and escorted me to my car was polite, while repeatedly insisting that free speech is important. His actions spoke much louder.

Obviously, this is a pretty large problem and I’m considering the next steps. Larimer County Sheriff Justin Smith, a politically activist conservative elected sheriff with (I assume) a well-formed opinion on the presidential race, needs to fully explain the actions of his deputies and the policy that was followed in my case (or not followed).

Freedom of speech and assembly is about as fundamental as it gets, and those rights do not appear to have been respected yesterday.