Yesterday the lawsuit to stop the President’s Clean Power Plan from moving forward began its oral argument in the court. The Clean Power Plan (CPP) is the EPA rule that seeks to limit carbon pollution from power plants under the authority of the Clean Air Act.

The lawsuit is backed by some 27 state attorneys general, including Colorado’s Cynthia Coffman, and lots of fossil fuel and utility interests. Colorado Public Radio recently gave a rundown on the CPP and the lawsuit.

Republican Attorney General Cynthia Coffman signed on with about two dozen other states to challenge a key provision of the Obama administration’s fight against global warming. It seeks to reduce carbon emissions 32 percent by 2030.

Climate is in the news for lots of reasons. Based on all the election coverage and sideshow reporting it might be easy to forget that the world goes on, for instance pollution still happens, aside from all this. 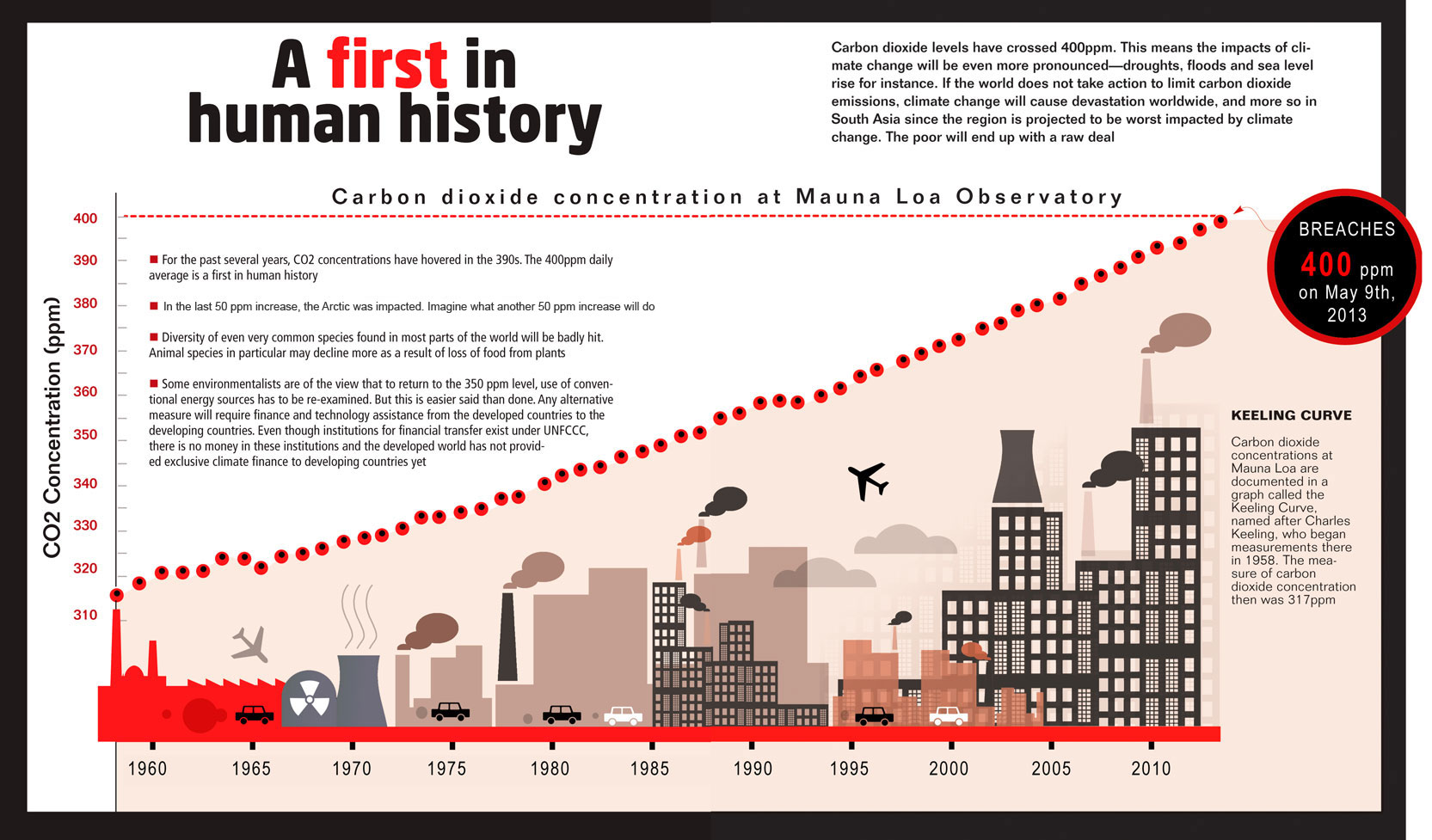 Recent news we might tune into includes the conclusion by some scientists that our planet’s atmosphere passed the 400 ppm of CO2 for good—a threshold well past the 350 ppm that some have long tied to a planetary tipping point.

Now, scientists at the Mauna Loa Observatory have revealed another sobering finding. This September — usually a month when the atmospheric concentrations of carbon dioxide are at their lowest levels in the northern hemisphere, the level of the greenhouse gas remained stubbornly above the 400 ppm.

This measurement all but ensures that monthly carbon dioxide levels won’t drop below 400 ppm any time in the foreseeable future.

Still the lawsuit and arguments are taking up a lot of the space for climate news. In the CPR story listeners learn that Colorado’s state leadership is split on the Clean Power Plan:

Democratic Gov. John Hickenlooper is against the lawsuit and supports the plan. He asked the Colorado Supreme Court to settle the leadership clash earlier this year. The court declined to consider the governor’s request.

Three other states, Maryland, Michigan and Iowa, also have splits between their attorneys general and governors.

So there is news from the science front, which always seems to confirm the dire seriousness of the situation. And there is the news about politicians fiddling, almost literally, as we burn. 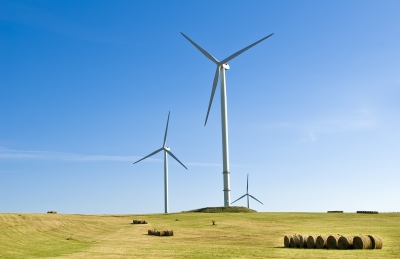 But there is some good news also worth considering. For one, proponents are confident that the Clean Power Plan is founded on solid legal footing, as the Obama administration has always maintained. And yesterday some observers thought the court seemed to agree in the first day of arguments.

Yesterday was a good day for U.S. EPA, observers on both sides of a fierce legal struggle over the future of the Obama administration’s landmark climate change rule conceded as they emerged from federal appeals court.

Many thought the agency and supporters of the Clean Power Plan had an edge during the nearly seven hours of oral arguments at the U.S. Court of Appeals for the District of Columbia Circuit. It quickly became apparent, though, that the agency’s biggest legal hurdle may come from its attempts to make the standards for power plants more flexible, affordable and ambitious.

The dirty energy industry has lined up with the plaintiffs. But AG Coffman’s claim is that her joining in is not about regulating pollution or addressing the perils of climate change. Instead it’s about state rights. Or something.

“We don’t have anything against clean air,” Coffman said. “That really doesn’t factor into my decision to say the federal government has gone beyond its legal authority.”

But despite this political grandstanding that happens to walk hand-in-hand with the fossil fuel industry, most states are on target to meet the early goals of the Clean Power Plan.

This includes the plaintiff states suing the federal government to have the CPP overturned, as Reuters reports:

Most states on track to meet emissions targets they call burden

The 27 states challenging Obama’s Clean Power Plan in court say the lower emissions levels it would impose are an undue burden. But most are likely to hit them anyway.

Already, Arkansas, North Carolina, Oklahoma and South Dakota appear to be meeting the CPP’s early targets. And changes in the power market, along with policies favoring clean generation, are propelling most of the rest toward timely compliance, according to researchers, power producers and officials, as well as government filings reviewed by Reuters.

“We are seeing reductions earlier than we ever expected,” U.S. Environmental Protection Agency Administrator Gina McCarthy said in an interview. “It’s a great sign that the market has already shifted and people are invested in the newer technologies, even while we are in litigation.”

… Cynthia Coffman, attorney general of Colorado, said her state’s likely ability to comply with the CPP’s mandate “truly is not the issue.”

A core argument in the challenge around the Clean Power Plan is that it is too transformational. That beyond just regulating carbon pollution it also forces the power industry to develop cleaner energy supplies.

But transformation is here already. And the power sector is only the first of many ways our energy must catch up to the 21st century.

“Transition to clean energy economy has us moving in right direction.”

This change itself is more a good than a bad thing. It will drive innovation and new economic activity. It will help us to begin limiting the damage of climate pollution and move us toward solutions. 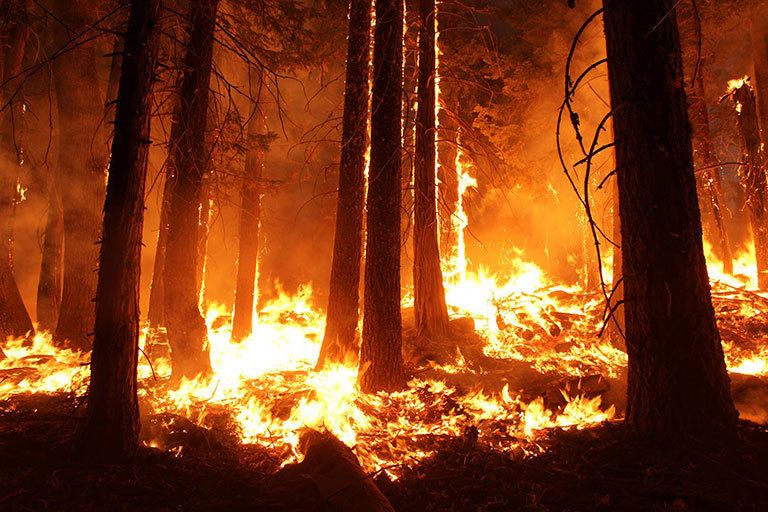 Change is coming and it’s not only in the turn of seasons. Some change will require that we adapt.

And we also have to act to limit further damage.

We must take even small steps like the Clean Power Plan, and not dig in with entrenched special interests to oppose them. And we can’t stop there.

AG Coffman’s lack of leadership, following along with the fossil fuel train, is unfortunate. However a backward looking politician, or even a couple of dozen of them, cannot stand against the transformation now underway.

And more good news: India has joined the United States and China in signing onto the goals set forth in the Paris Accords. There is new global momentum toward action that will not be blocked by recalcitrant U.S. politicians.

The hazards and threats of climate change become ever more apparent, the warnings from scientists ever more urgent. The Clean Power Plan and the states’ implementation of it under the Clean Air Act are important, albeit small, steps toward limiting carbon emissions. And states are already moving toward generating more power through renewable sources.

The court upholding this landmark climate policy will be an important precedent, but only a footnote either way, in what must now be a historic, global, and epic muster to act on climate.