A new ad today from the congressional campaign of Democrat Gail Schwartz, running for incumbent GOP Rep. Scott Tipton’s CD-3 seat covering the Western Slope and parts of southeast Colorado including Pueblo, hits Tipton for his support for “selling off public lands.” The Grand Junction Sentinel’s Charles Ashby reports that Tipton’s campaign is most displeased:

In it, former state Sen. Gail Schwartz says Tipton wants to sell off public lands and make them available to private individuals and corporations.

That’s not even close to being true, Tipton said.

“I’ve been a longtime advocate of keeping our federal public lands and ensuring that the American people have continued access to them,” Tipton said. [Pols emphasis]

“Never once have I advocated to sell them off.”

In the ad, called “Public Lands,” Schwartz said Tipton “wants to cut off access to public lands for generations to come, killing thousands of jobs,” adding that the land should remain open for ranching, hunting and fishing. 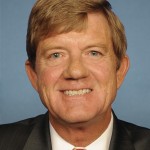 We’re a little confused about this report on Schwartz’s new ad–according to Ashby, Schwartz offered as justification for the claim legislation that doesn’t quite go the distance in terms of demonstrating Tipton’s willingness to sell off public lands. Because Ashby’s story doesn’t quote a bill number, it’s not so easy to figure out what he’s referring to.

But it really doesn’t matter–because in about five minutes of Googling, we found a recent vote from Tipton that proves Schwartz is right. On July 14th of this year, fellow Colorado Rep. Jared Polis offered this amendment to H.R. 5538, the Interior, Environment, and Related Agencies Appropriations Act of 2017:

Mr. POLIS. Mr. Chairman, I offer this amendment, along with my colleague, the gentleman from Arizona (Mr. Grijalva), the ranking member of the Natural Resources Committee.

The amendment is very simple. It offers a choice for those in Congress to make. It is a choice for Members to vote on whether we want to keep our public lands public or not. [Pols emphasis]

Very simply, my amendment says that none of the funds available through this bill can be used in violation of the law with regard to keeping our public lands public. This amendment would not undo anything or undermine any current congressional or administrative land exchanges that are done legally.

The amendment would, however, prohibit the use of funds in this bill to pursue any extra-legal ways to turn Federal land over to private owners through various things like a commission, or others that have been espoused…

I would point out that there are Members in this body–in fact, the chair of the authorizing committee in this general area–who speak regularly about privatizing our public lands, so there is a real threat. This is not simply something that comes out of nowhere. I think the peace of mind that we would get by including this kind of language in an appropriations bill would make it very clear that Congress supports the opinion of the American people, supports the economy in districts like mine, and wants to keep our public lands public.

Despite Rep. Polis’ advocacy on the floor of the U.S. House in favor of this amendment, it was defeated by the GOP majority on a 239-188 vote. One of the “no” votes against Polis’ amendment was the very same Rep. Scott Tipton who now says with great offense that he “has always supporting keeping our federal lands.”

We doubt this is the only such vote from Rep. Tipton that could be reasonably considered “against public lands,” but it’s a very clear example, as well as quite recent. The fact is that, whatever Tipton’s personal views may be, selling off public lands for private exploitation is a very popular cause among many of Tipton’s fellow Western Republicans. If Tipton has ever chosen to stand up to his “Sagebrush Rebellion” colleagues, it’s nothing we’ve seen break the surface in public.

And just over a month before the election, it’s too late now.