Last year’s recall of Jefferson County school board member Julie Williams is widely considered a huge factor in this year’s Arvada/Westminster state senate race that will likely determine whether Republicans retain control of the state senate.

Jefferson Country voters threw out Tea Party conservatives on their school board, with special ire directed at Williams, who was denounced by both sides. Even Dave Kopel, a researcher at the conservative Independence Institute, said Williams had a lot of “foolish” ideas.

The Jeffco vote was overwhelming, with 60 percent favoring the recall, and analysts believe the voters’ anger may carry over to Jeffco candidates aligned with Williams. 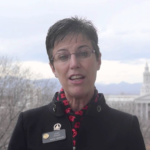 Williams makes no secret of her support for Woods, and Woods, who doesn’t return my calls, has apparently accepted Williams’ backing, which makes sense since Woods and Williams align in their support for Trump and guns, among other links. 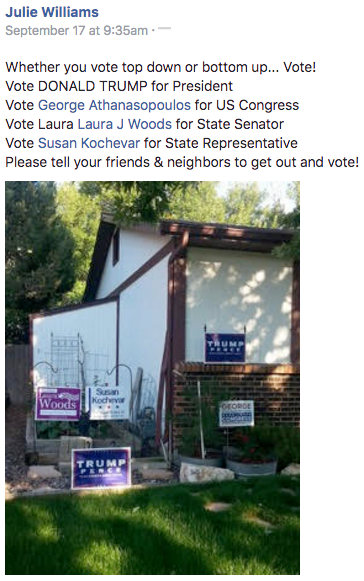